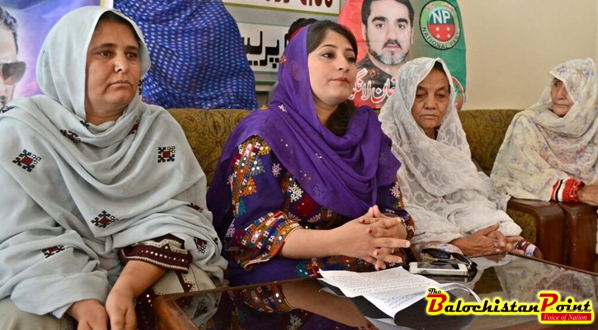 Women-Oriented Politics: A Challenge for Balochistan

As a local active woman in Gwadar, Asma Baloch participated in political activities with some of her senior colleagues for several years, finally, as part of Balochistan National Party; she made her way into the local government of Gwadar as a councilor. The prospect of becoming part of the local leadership made her feel, she recalled recently- “Her efforts paying off.”

But deep inside alike most emerging women politicians of Balochistan, she knew that even if Balochistan in few areas is seeing a new wave of female politicians, yet getting to the top requires hard choices.

“Being only a matriculate, I was uncertain if I could be part of the district leadership, but when you see no one coming forward, you have to be the one.” Asma Baloch told the Balochistan Point, who is one among the 54 councilors of Gwadar.

Although, 33% of the seats in the local government of Gwadar are reserved for women, that is 10 out of 54, yet very few women with proper education seem interested to participate. Not only in Gwadar but it is similar in most of the districts of Balochistan. Even if Gwadar is one of the districts in the more enlightened division Makran, but when it comes to politics, women yet have a long way to go. 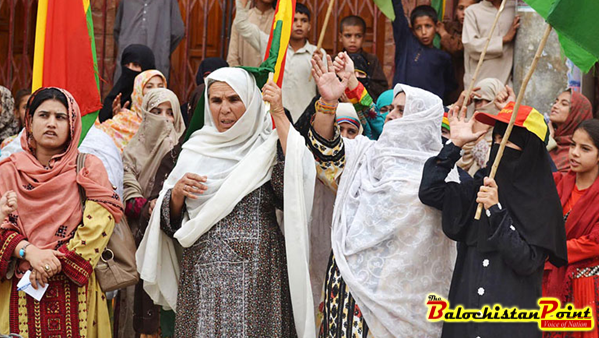 Making Sense of Political Environment for Women in Balochistan.

For the past decades, female politicians in Balochistan have tested themselves in different positions of politics and have gone through long tiring processes, from holders of hereditary power to very few of the self-made role models for other women.

Yet today, the secret of the success often depends on women’s level of education, economic independence and support from family and mainly in Balochistan’s case, strong family background.

For the provincial or federal politics, success of a woman strongly depends on her choices, decisions and early work environments. Her triumph is often result of her choice of family, her decision regarding motherhood, and her early gender-friendly work environment. However, all three of these determinants are challenging for women who rise in the male dominant society of Balochistan where most women yet are confined to rural lives, cultural or religious barriers. 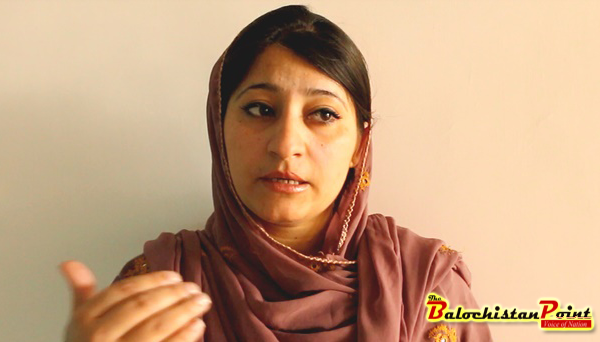 “Women as leaders are still not acceptable in our society, even if women are members of political parties; they are hardly given any important positions or made part of the central committee of the party. At one end, some male members seem to be encouraging women to participate in the party activities, yet most of them are not willing,” said Shazia Langove, a political activist from Quetta and Secretary Women affairs at National Party. Shazia Langove is also General Secretary of Pakistan Chapter of South Asian Women Alliance for Pakistan.

She further shared: “Female members are not encouraged to contest in elections, because it is presumed that no one is going to vote for them and they will lose anyway. They (women) are only given positions in the women wing or as the women secretary. The only thing they are expected to do is to help the male members during elections by supporting the campaign and encouraging other women to vote.”

While survival in the provincial or national politics requires high level of education, economic independence and strong family background, being a member of local government in Balochistan does not require either of them. 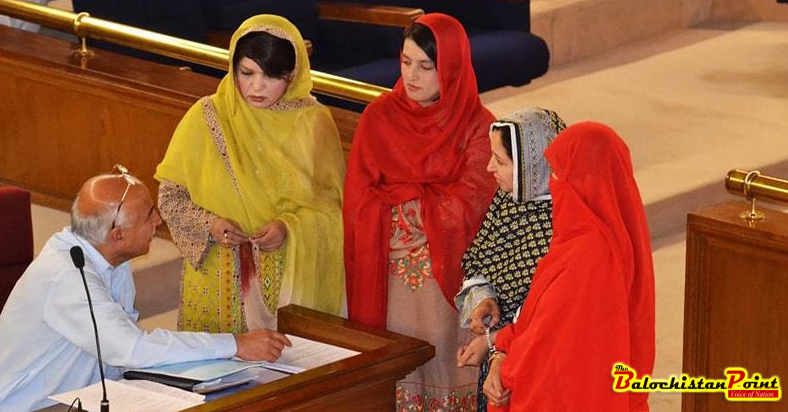 Talking to the Balochistan Point , a local councilor of Gwadar, Asma Baloch said: “Women with no or somewhat educational background can contest or can take on the reserved seats. In fact, women are mostly supported by male members of different political parties, and when women take positions in politics with their male colleague’s support, they (women politicians) don’t really have a say.”

Balochistan is still having strong cultural and tribal environment with family-background based class system, women mostly from higher class are not allowed necessarily to contest for local elections.

Balochistan is still having strong cultural and tribal environment with family-background based class system, women mostly from higher class are not allowed necessarily to contest for local elections. “Even if interested, they are not allowed to be part of the politics because politics as people say is meant not for women, as women actively participating in politics are considered morally untrustworthy,” shared Tahira Kurshid a political activist, member of National Party and former lady councilor of district assembly of Gwadar.

Belonging to a well-known family of Gwadar, Tahira Khurshid shared:“For me being a part of politics since 2004 has been a good experience. As compared to other parts of Balochistan, Makran is a bit more accepting of women leaders. But at times it has also been challenging because not every male member of our politics accepts political activities led by women in public.”

“It is often the personal motivation of women in Balochistan that drives them to a political career. When they are part of the political parties, they however are encouraged for the reserved seats of provincial assembly, rather than their own independent political values or grassroots experiences, they heavily reply on their party’s support base,” said Shazia Langove.

Even if the number of women candidates almost doubled over the years, yet in the overwhelmingly male dominant society, it is challenging for women to win a position through direct elections. Among the total 65 members, where eleven seats are reserved for women and three for minorities, through direct elections, there is only one woman in Balochistan’s tenth assembly.

Although women are contesting and somehow voting, they are not voting for other women. “It’s a serious blow to women who had hoped to rise with some acquired education and changing gender roles in society. Instead of fighting for themselves, women often prefer men to fight for their rights- who if realized are the major cause for women right’s violation as well,” said Barkatullah Baloch a social activist from Gwadar. 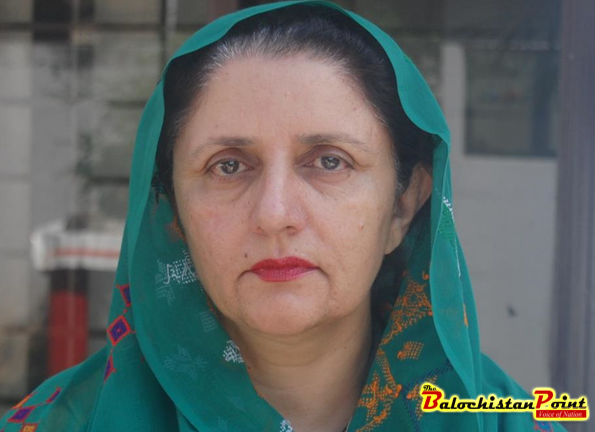 “When there’s no equality in the number of both genders in the politics, the entire system for sure will be deeply affected. Patriarchy and feudal system is engraved not only in other social institutions but in political system of Balochistan as well. This has been a huge drawback, yet if not many but few pro women rights’ bills have been passed by the female members of our assembly for instance; the workplace harassment bill is a joined intervention of women members of provincial assembly, above their political affiliations,” said Jalila Haider an advocate practicing in the Balochistan Bar Council.

Zubaida Jalal, the first female federal education minister from Balochistan from 2002-2007, who belongs to the town of Mand in Kech district, is hopeful for better results in the coming years. “Increasing number of women politicians might ensure a qualitative change toward women rights. During the last few years, several pro women rights’ bills have been drafted, passed, implemented and few are still under consideration to be enforced,” she told the Balochistan Point

Even if female members of assembly, present pro-women bills, justifying their stance and getting their bills passed is often a challenge among majority of the male members.

2017-06-08
admin
Previous: UNHCR and BUITEMS Launched a Centre for Refugees and Migration Studies in Quetta
Next: Turbat: From Fortunate to Unfortunate Reign