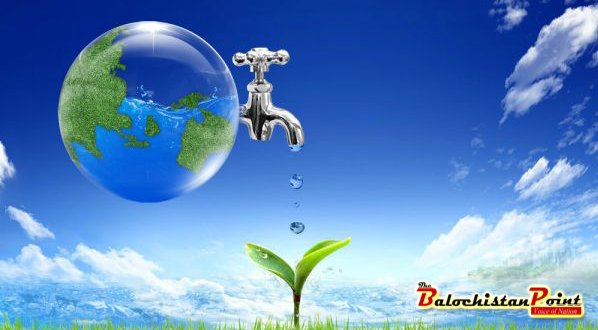 World Water Day is celebrated each year on March 22, across the world to ensure that everyone has water to drink. The day is also celebrated in Pakistan to provide water to those who are lacking water. Unfortunately, the day is celebrated but no one acts upon these and concerned authorities are silent, as one of the burning issues is of Gwadar where the people are confronting acute shortage water.

People in Gwadar are facing acute drinking water shortage after a three years drought in the arid province of Balochistan. With the passage of time the water crisis is emerging rapidly with leaving around 100,000 people with no access to clean drinking water. The natives of Gwadar are compelled to buy expensive water (USD 115 to 140) per tanker or wait for the government subsidized water transported from 80 kilometers away. It is not first time that Gwadar is facing water shortage rather it is second time that Gwadar and the surrounding areas of Balochistan province have faced major water shortages in almost six years.

Unfortunately, the young children, women and the poor are suffering badly by the water shortage. The women and children take jars and bucket on their heads to fetch out water from miles away to meet their domestic needs and travel from far places to wash their clothes.

The Akara Kaur dam is the only source to provide water to Gwadar and close areas. The dam has almost dried up because of the prolonged drought. The dam was built in 1990, since that the people have used the water for their needs but now it has failed to keep up the water demand of the city.

The poor people are continuously suffering from problems including water shortage but nothing is being done for the people. Water is the basic need of every human being, so government is failed to provide the water, means the basic requirement of the Gwadar people are not being provided than how government will provide other facilities?

The water shortage is a huge problem for the citizens of Gwadar that the provincial government is failed to resolve it. The tanker mafias are taking benefits from this, and they are looting the poor people. Even some poor people cannot afford three times of food, so how can they buy water.

Before it was announced that work on the two dams had been resumed under the scheme of CPEC, and it would be completed in 2018. Still people should wait for two years to have water. The citizens are facing umpteenth problems and they need dire help. Still our leaders are making untrue promises for Gwadar.

According to news that once a people stole water from a house. The people of Gwadar are stealing water instead of gold, money and other things, isn’t it shocking? The government should think that now the people are compel to steal water, means they are dire need of water. Here the government should work to provide water to the citizens of Gwadar. The concern authorities should also confirm that the CPEC project will profit Gwadar and the citizens of Gwadar will not face any problems further in future.