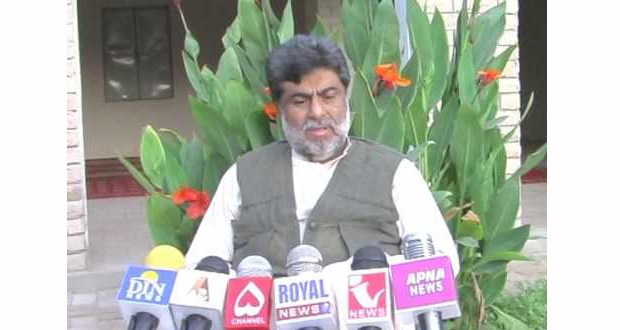 Quetta – Former Federal Minister and chief of Rind tribe, Sardar Yar Muhammad Rind is the most sought-after politician in Balochistan.

Yar Muhammad Rind served as Federal Minister during 2002-07 when he was a part of PML-Q. During 2008-13, Mr. Rind was Member of Provincial Assembly from his home town of Kachi but he was politically marginalized due to his arch tribal rival Nawab Aslam Raisani who happened to be Chief Minister of Balochistan during that period.

Almost all political parties of Balochistan including PML-N, PPP, JUI-F, JI and PTI have approached Sardar Rind and invited him to join their party.

“I have not decided to join a specific party yet” said Mr. Rind while talking to media. He added “However, I will not join either PML-N or PPP.”

The reason Mr. Rind is most sought-after politician is because he can surely win one provincial assembly and one national assembly seat from his home region.

Yar Muhammad Rind is establishing the best school of the province in his home town of Shoran with a total cost of Rs. 320 million.

Published in The Balochistan Point on February 22, 2015