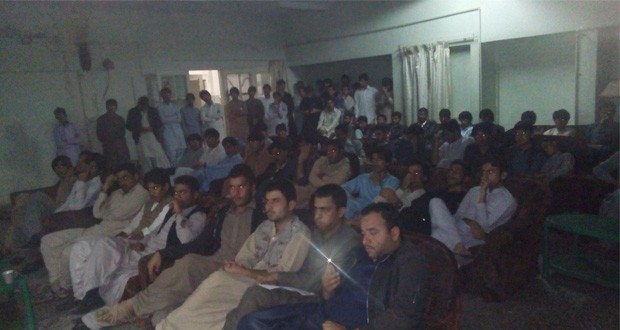 On the eve of this, BMC literary forum organized a literary program which was attended by numerous students.  Poetry and speeches delivered by the students was the central attraction of the program. 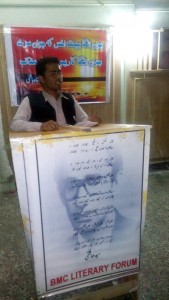 A speaker at the program

Program was started with recitation of few verses of Holy Quran, after it poetry was shared related to Balochi culture, language and personalities.  A portion of program was dedicated to a Baloch legend Mast Tukali. Speakers throw light on the life and contribution of Mast Tukali and explained how much he contributed Balochi language.

Speaker also stressed the need of paying much attention to the Brahvi and Balochi language as both are counted endangered language, both are at high risk of extinction.

Published in The Balochistan Point on February 21, 2015