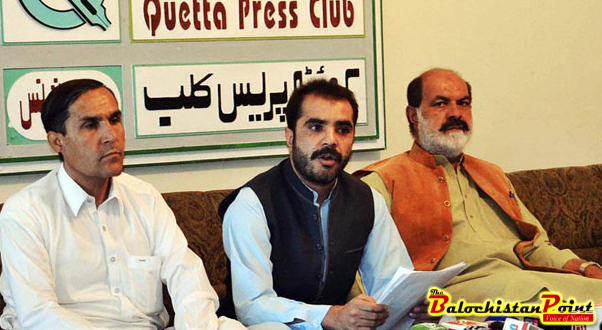 Quetta: Young Doctors Association has announced on Saturday to call for a strike against Provincial Government delays on their demand from last five months.

Addressing a news conference here in Quetta Press Club YDA’s President Dr. Hafeez  Mandokhail said, despite promise by Provincial Government to meet our demands are yet to be made.

Dr. Hafeez Mandokhail said, “Prior we ended our strike after Provincial Government assured us to meet our demands but yet we are waiting for the notification,”

Dr. Hafeez added that their token strike would be turned into complete boycott of Out Door Patient (OPD) from Monday if government would not meet their demands.

Young Doctors Association boycotted OPDs for nearly a month after their protest turned violent in May. Many Doctors injured while they attempted to cross red-zone.

YDA had ended their strike after Provincial Minister for Information Rahim Ziaratwal and Health Minister Rehmat Saleh Baloch succeeded to persuade protesting doctors and announced to accept their demands.

Talking on the 08 August lawyers’ carnage YDA President said that they had been demanding basic facilities in Government Hospitals and shouting to make functional Trauma Center.

Published in The Balochistan Point on September 25, 2016