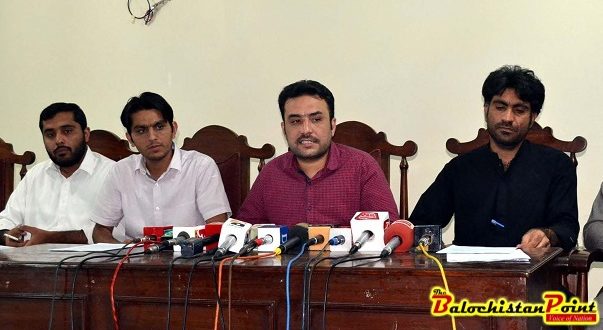 QUETTA: The Provincial President of Young Doctors Association Balochistan Dr. Yasir Khosti has said that Khyber Pakhtunkwa (KP) government should meet the demands of YDA KP without any delay or else they would go on strike. He said this whiling addressing to a Addressing to a press conference here on Monday.

The Provincial President of Young Doctors Association Balochistan said , “We partner with the young doctors of Khyber Pakhtunkhwa and will launch a massive protest movement if the demands are not met.”

He added that the demands of the YDA KP were valid which included the arrangement of adequate security, financial aid for the deceased doctors of KP.

He said that the demand of the KP YDA is restoration of Postgraduate Medical Institute (PGMI) which has been abolished unjustly.

Young Doctors Association Balochistan demanded of the KP government to meet the demands of KP young doctors or else they would go on strike in solidarity with the KPK doctors.

2017-06-13
admin
Previous: Petroleum Ministry proposes Rs190mn two projects for Balochistan
Next:  Balochistan budget for 2017-18 to be unveiled on June 15