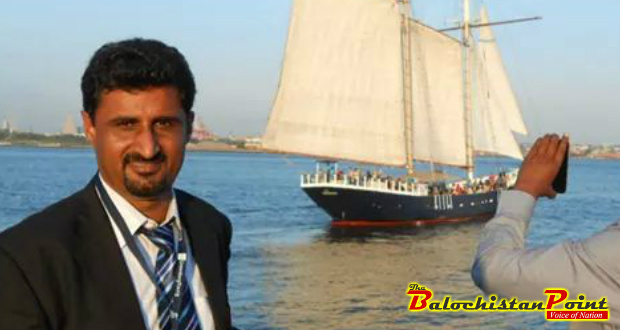 Zahid Askani: An Oasis in Desertous Peninsula of Gwadar

Taking a stand in a remote community of fishermen is never undemanding where proper education system is merely a dream, the multinational language of English seems something unapproachable, the concept of co-education is unwelcomed and rational thoughts are socially restricted.

Often in such situations few self-driven individuals dare to initiate journeys overflowing with challenges and turbulences to begin with. Such journeys are not only similar to circles that don’t posses any stopping points but they’re also examples of innovations without any borders for males or females, for rich or poor, for children, youth or adults and for agnostics or believers. Individuals with such innovative journeys remain immortal for centuries in hearts of millions.

Up until early 2000s the peninsula of Gwadar was among the most disadvantaged vicinities. The people were still deprived of several basic rights and education was one among those. But just after a decade and a few years, a radical change seemed to expand its horizon to different parts of the town uplifting the souls of youth with the rays of knowledge.

Many things in Gwadar were happening for the first time ever for instance children were being taught with activities and latest methodologies, co-education started to be acceptable, talent shows by students were being common, girls were being encouraged to actively participate in national and international educational and employment opportunities if not equally but yet a magnificent number of them could be seen in every sector.

There are very few people and several events in the history of this emerging coastal town that have indeed contributed for the positive social change one can experience here today. One among those extraordinary intellectuals is Sir Zahid Askani, who emerged like an oasis in the desert of Gwadar when the ocean surrounding it even couldn’t end its thirst.

Although his contributions for Balochi literature are admirable but perhaps his major contribution for the nation is “The Oasis Institution”, with four campuses in Gwadar. Being one of the very first co-education schools, English, Computer and Arts institutions, it has benefitted a large number of population in Gwadar since its inception in 2002, despite several barriers.

Basically belonging to the Iran-bordering district Panjgur of Makran division, he brought a wave of change with silence in the harbor town as he arrived and left with an echoing resilience and vision.

It has been a year to 4th December 2014 when two unknown gunmen shot him in front of his school in the light of day. Both of the culprits succeeded in fleeing from the scene. Perhaps until today his three to four year old innocent daughter Mehlab feels the everlasting absence of her great father. His absence will indeed be felt forever but his countless efforts will continue inspiring the upcoming generation.

Published in The Balochistan Point on December 5, 2015

Gwadar 2015-12-05
Editor
Previous: International Day of Persons with Disabilities Celebrated in Quetta
Next: PML-N Responsible for Criticism on CPEC by Balochistan and KP