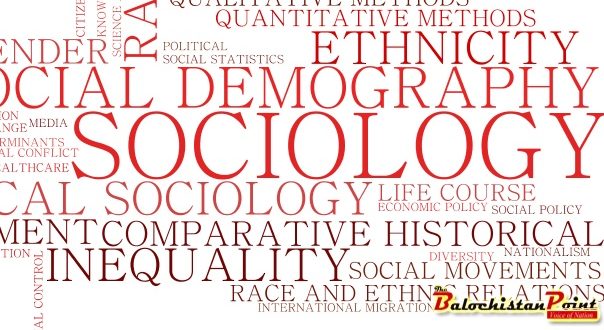 For institutions, it takes time to reach a fine level of maturity and productivity but what is more needed, is a concerned behavior and intended motivations with more divert levels of rational thinking. State, with all its powers and reasonable efforts can largely settle or cop its primary technical hitches with the absolute support and artless socialization of civilians. As it is concerned to Pakistan, unlucky, it spent its more time in making arduous decision- the time that was decisive for its institutional enlargement.

Now, it would be very much onerous to obsolete the pernicious mechanism of the society that not only harm the consensus- if any, but also adds in the general repeated problems of each group. No doubt that our avowals for better society are interested based and highly preposterous in a sense that they are based on chimeras. Therefore, the general dilemma is our socialization which is a real constraint to enlargement.

Even a single sight on our institutional structure allows us to have millions of examples which prove that our framework to run the system is surely failed. For instance, we are about to finalize the result of censes that costs us 23 billion rupees (one of the expensive censes of the region as it took 22 billion in India with a population of 1.33 billion people.) Surely with no fruits. This censes, being carried out with led pencil in order to manipulate the results at the end to do counter minorities, ethnicities and other different identities will cause a real mess and mistrust among the various physiognomies that live in Pakistan. So it will do nothing to settle down issues at hand.

As such infidelities largely counter and spread chaos in more colonized regions and smaller provinces but also affect the common values of the society. There are so many other problems that need a real attention as they have the strength to overturn the few smooth steps that are being taken towards progress. The need of institutional reforms as stated above is largely because each institution- more forlornly even the education is set not to play part in human development but to earn and grab money in a very indecorous way.

For instance, each year universities, more consciously, the concerned departments i.e. Sociology and Gender studies get billions of rupees to spread and preach gender-equity, gender empowerment and so on in order to bring change in the incompetence conditions of the most segregate segment of the society but harshly the “Feminists” rather to work with loyal spirit, just are limited with couple of photo sections and positing them on social media. They are just anxious with the bundles of money they get in response to such seminars.

This distrustful behavior toward own people and society is posting serious problems and making to fail the internal atmosphere of the educational institution that is already suffering and lacking moralities at-large. Moreover, when a student finds conflictive behavior that what class teaches to practice and what is the real standpoint being followed, put him into several questions. That’s why opportunist, corruptness, wariness and fraudulences are becoming the common believe of our society where we are confused to distinguished that what is morally wrong and right when we find the glorious institutions teaching corruption, odium and infidelity

In short, where the national poet M. Iqbal asked for the reconstruction of religious thoughts, at the very same time he remained failed to recognize the need of social and political moralities that why we are still trapped by vicious ambiguities. We use religion as political power and miss the basic human rights, we take out a death body of a young female from grave to abuse her in order to satisfy our sexual desires, on the other hand we loot Millions of dollars from Infidel nations for the sake of women empowerment. It had been 70 years that we are losing.

The writer is president Ibn-Kaldoon Sociology Society, University of Gujrat and author of book “Critical Review of Regional Disparities in Pakistan”

Published in The Balochistan Point on July 3, 2017