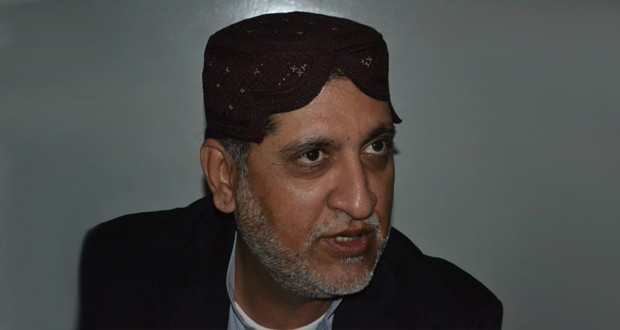 Akhtar Mengal said this while giving a detailed interview to Dawn News on Thursday.

“Inspector General Police and Chief Secretary are appointed by Federal government so in such a scenario provincial autonomy is just an illusion,” lamented BNP Chief. “18th amendment has only increased the financial gains of Balochistan which are unfortunately going into pockets of corrupt politicians and bureaucrats,” He continued.

Sardar Mengal linked his participation in any future All Parties Conference (APC) to certain confidence building measures. “The problem of missing persons and mutilated dead bodies should be solved before calling a APC,” said Mr. Mengal.

Calling the political rulers of Balochistan, Powerless, He said that “APC on Balochistan would be a mere photo session and we don’t want to be a part of it.”

Akhtar Mengal speculated that Nawaz Sharif is not in talking terms with him anymore because he raised the Balochistan issue in last APC and Nawaz Sharif didn’t like it.

He also said that “government of Nawab Aslam Raisani was toppled because He [Aslam Raisani] took a stand on Rekodiq issue.”