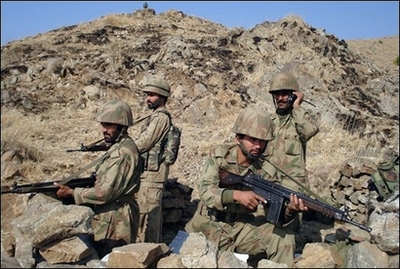 2 ‘militants’ killed in shootout with FC in Bolan

Quetta: Two suspected militants were killed after an exchange of fire with Balochistan Frontier Corps officials during a search operation in Dozan area of Bolan district on Saturday,

An FC spokesman told APP that patrolling teams were attacked while conducting a search operation in the mountains from where militants  launched a rocket attack on the Rawalpindi-bound Jaffar Express the other day.

Published In The Balochistan Point on August 18,2013