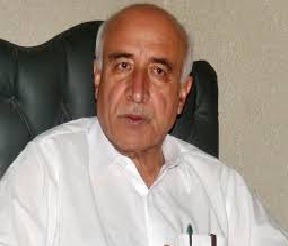 QUETTA: Chief Minister Balochistan Dr, Abdul Malik has said that after a long political struggle Balochistan was granted the status of province but still we could not succeed to take good care of it. “70 percent people in Balochistan are living below poverty line. People and animals are drinking water from the same pond in 21st century. For the sake of development of Balochistan we all would have to stand on a single row,” he added.

He said over 2 million children in Balochistan are out of schools, still the provision of complete water to Quetta city could not be ensured and we could not provide complete health facilities to our masses. “We want to impart quality education to our children and provide complete health facilities to the masses,” he said, adding that unless we control increase in non- development budget we could not develop Balochistan.

Chief Minister said without a proper financial discipline we even could not provide chalk to schools. “Government servants, politicians and people hailing from all walks of life would have to play their crucial role for the development and progress of Balochistan,” he said, adding that we would have to bring change in our behaviors for the sake of development of the province.

He said that he loved Balochistan and its people adding that corruption free Balochistan is the guarantee of prosperous and developed Balochistan. Secretariat staff and officers in order to lessen the difficulties of masses ought to extend full cooperation with coalition government so that people could smoothly get their work done and files should not remain pending more than one day, he added.

Dr Abdul Malik Baloch said that we should realize our responsibilities and we should perform our duty with commitment and devotion. “Now the time has come that we all should contrive unity and utilize our energy for the prosperity and welfare of the people,” he emphasized.

He said that more than Rs 135 billion amount is being spent on non- development budget and only Rs 35 billion remains for development. Through this meager amount, we have to ensure education to our children, cater the demands of health sector and spending on other sectors.

Published in The Balochistn Point on June 27, 2014