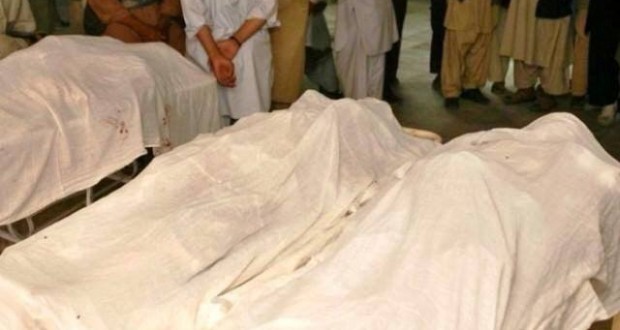 According to Police sources, terrorists easily managed to escape after killing the Hazaras in Hazar Gunji locality.

Hazara Democratic Party (HDP) has announced shutter down strike on Friday and Majlis Wahdatul Muslimeen (MWM) have announced three days mourning over the killings of Hazaras.

Both HDP and MWM criticized Balochistan government for its failure to apprehend the culprits behind the terrorist attacks on Hazara Shia.