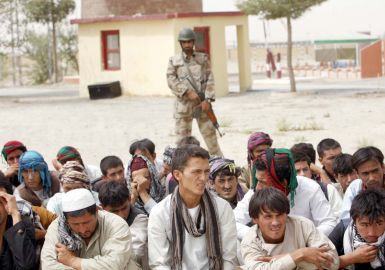 Quetta: The security forces on Friday arrested at least 85 Afghan citizens who were illegally traveling from Quetta to Karachi.

According to security sources, on tip off, the security personnel stopped a Karachi bound passenger bus and arrested at least 85 Afghan nationals under Foreign Act.

The security sources said that the arrested Afghan citizens were traveling with no documents. The arrested ones have been shifted to undisclosed location for investigation.

Published in the Balochistan Point on September 14, 2013