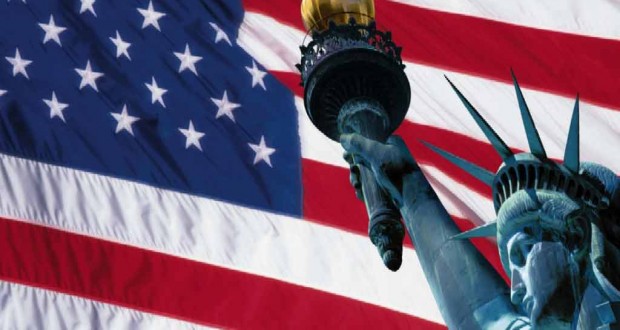 A Baloch journalist’s trip to America

It has been quite a while since I am back from America and I already see lots of changes within me not as a journalist only but as person too. Before I went there I used to hear this sentence a lot that America is land of learning but when I reached there, I truly realized this thing that why do people say this.I am glad that I was among those lucky people who got selected for a 40-days journalism program by USEFP to come here and let myself grow.

The day I landed in USA I was asking myself a lot of questions regarding this country and people around. When I was walking down the street to buy my some stuff, I kept on asking myself that we have the same road, same trees, we all are under the same sky and we inhale the same air but what’s that make America so different from us? What make it so unique and a must come and learning place for everyone. It took me a while to get answers to these questions but once when I started to socialize I got the answers to my most of question. One of the most important thing that I learnt was that here people value the time more than anything and that’s what is making them groom so much. Secondly here people work to learn not to earn (talking about the community services). And thirdly the technology advancement here have made everything very easier for the people.

Few things that really shocked me about American culture were that fruits and vegetables are way more expensive than meat and poultry, which clearly explains why the poor is more obese than the rich and you cannot purchase alcohol unless you are 21 but can purchase a gun if you are 18. Coming from Pakistan, where we just need cash because cards are not accepted at most places, I was really surprised by the cashless system in the US. Every place accepts credit cards. Even at sightseeing place where they had no computers but had some sort of mobile app and a device attached to it which accept credit cards. It was amazing.

One thing that really amused me that here you address your boss by their last name until and unless you are very frank with them and they allow you to address them by their first name with any title. And this applies to pretty much everyone, regardless of how much older they are than you. In my country we would never do this. One of the good thing was that parents can get arrested for physically punishing their children, whereas in my country usually parents are told to punish them so they obey you (only in rural area where parents are not literate). I also got to know that a lot of couples adopt children, sometimes in spite of having their own, and treat them exactly like their own. In spite of the society being openly hedonistic and liberal, the social norms and standards still have very strong conservative religious influences. And the top most important thing that people here amazingly friendly, hospitable and helpful. Yet, a very conveniently private lifestyle.

Out of all the places that I visited, Museum of World Treasures was my favorite place. It had awesome collections of antiquities from around the world. There’s a little of a lot of things and time periods – something to interest everyone, even children. The exhibits are very informative and many items are remarkably ancient. Two exhibits that I really enjoyed were quotes of all the US presidents and the Roman Empire timeline with ancient coins. The gift shop has unique items as well but as usually they were so expensive that you can’t buy more than one small thing.

I visited Cathedral of the Plains as well and the beauty of the building is still fresh in front of my eye. The building of the Cathedral of the Plains involves an endeavor which, at least on a small scale, resembled the building of the Pyramids of the Egyptians. The Cathedral was erected largely by the labor of the people, without pay, and with the stone they dug themselves and hauled by horse or mule-power.It is notable that the cathedral was the fifth religious structure built by the early settlers.

These 40-days were one of the most amazing trips in my life, it groomed as a person, as a writer, as a tourist and a family member (because for the first I was away from my family for such a long time). I knew that life is America would be different but didn’t know that this difference will have such huge positive impact on my personality as well as work. I really enjoyed the diverse environment of this country and positive attitude of people towards everyone even the strangers. So to sum up my article I would say what every America would like to hear; “God bless America”.