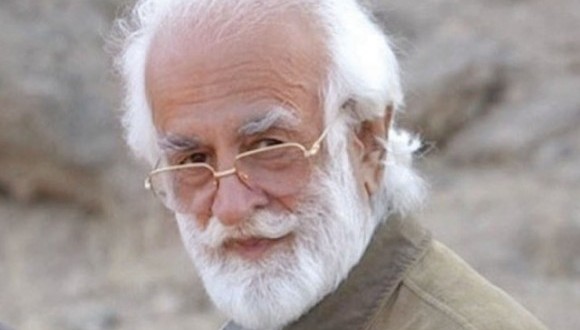 Despite opportunity to live a high and luxurious life, Akbar Shahbaz Khan Bugti chose to live the hard life in the mountains, sacrificing everything for the sake of the Baloch Nation.  Regardless of his age, he bravely fought for the ownership of Baloch land until his dying breath. He was the one, who stood up for Balochistan and made the entire Baloch Nation proud.

On July 12th 1927 Akbar Bugti was born in Barkhan, Balochistan at the home of  Nawab Behram Khan Bugti. Since childhood, Akbar Bugti was destined to be a great and brave man.  He eagerly perused education and was dedicated to his studies, In addition to his early education at Aitcheson College, Lahore.  Akbar Khan Bugti also attended Oxford University in London England.  After the death of his father in 1939, the thirteen year old Akbar Khan Bugti was appointed as chief of his tribe.

Nawab Akbar Khan Bugti went on to pay an important role in Balochistan politics.  He began his political career when elected in a by-election to the National Assembly of Pakistan in 1958, serving as Interior Minister of State.  In October of the same year President Iskandar Mirza declared martial law and dismissed the cabinet.  In the early 1960’s Akbar Khan Bugti supported the National Awami Party candidate for the National Assembly from Quetta division and he was elected with great number of votes.  The defeated Field Marshal Ayub Khan was offended by the young Khan’s public endorsement of his political opponents and ordered to jail Akbar.  Akbar Khan Bugti remained imprisoned until his release in the mid 1960’s after a lengthy hunger strike.

During the Military Operations in the early 1970’s, the Pakistani Army deployed over 100,000 soldiers in Balochistan.  As well as the ground troops, the Iranian King sent F-14 fighter jets and AH-1 Gunship helicopters to help Pakistan commit genocide.  More than 4000 Baloch civilians were massacred by Pakistani and Iranian Forces during the crack-down.

In 2005 a Sindhi female doctor was violently raped by an officer of the Pakistani Army at a Military Base near Sui.  Dera Bugti Chieftain Nawab Akbar Khan Bugti demanded justice for the rape victim, but former President Musharraf refused to pursue a case against the implicated officer.  Instead, Musharraf launched a full scale military assault on July 17th of 2005.  Twenty innocent Bugti villagers were killed in the massacre and  many of them were Women  and  Children.

After 2005 massacre in Dera Bugti, the then 87 year old Nawab Akbar Khan Bugti decided to go to the mountains and for over a year Nawab Akbhar Khan Bugti and his brave comrades fought with the  forces.

Although the former Pakistani President General Pervez Musharraf, seemed mighty during his presidency, his true significance has become apparent as he leads the shameful life of a criminal behind bars.  Musharraf forced himself into the seat of power of an already faltering state, and when he inevitably was unable to meet the needs of the people, he was quickly deposed.

Despite controversy and hardship, Nawab Akbar Khan Bugti will always be remembered as a hero of the Baloch and is considered the greatest leader of the Baloch Nation.  He is still alive in our hearts as a candle in a dark dungeon.  People perform his death ceremony with utmost respect and love.  For all time his lovers and admirers hold rallies in demonstration of his remembrance.   This only shows that in a war between right and wrong, the person with the righteous aims always wins.

2014-03-09
admin
Previous: A Baloch journalist’s trip to America
Next: Bridge blown up in Balochistan’s Bolan district