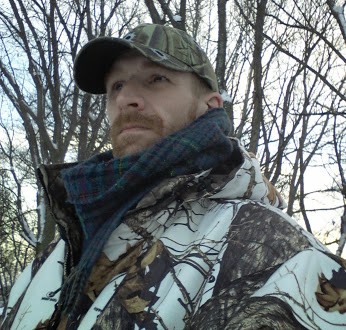 A Blatant Campaign of Ethnic Cleansing

Mass abductions, torture and executions, target killing of Baloch have become daily routine in Balochistan,  Where the state  forces   are alleged for conducting  brutal and  endless campaign of violence against the indigenous people of Balochistan.

Since the late 1940’s Pakistan has been plundering the natural resources of Balochistan, using the energy  and  mineral rich region to fuel its  economy, with little or no benefit to the Baloch citizens.  Rather than mutual peace and prosperity, the people of Balochistan are persecuted and mercilessly oppressed by the state.  Ineffective representation within the Pakistani Government has left the Baloch with no choice but to struggle for the ownership of their land and rights.

Pakistan’s nuclear capabilities, their relationship with China and  Iran, as well as extensive immersion in the United Nations (providing more than eight thousand peacekeeping troops) and several other factors such as personal political relationships, contribute to Pakistan’s immunity to accountability.  Balochistan has become an epicentre of violence and suffering motivated by external political factors and personal agendas.

When a catastrophic earthquake struck Awaran earlier this year, Pakistan immediately deployed their Paramilitary Forces to the region under guise of providing relief and aid to the victims.  Although Civilian emergency workers, Civilian Paramedics, Doctors, and International Volunteers were denied access to the region, international financial contributions were readily accepted and plundered.  It was also alleged   that Paramilitary forces even conducted violent military operations targeting Baloch civilians in the already devastated region.

Peaceful worker strikes and protests are held regularly throughout Balochistan to garner the attention of international community.  Mama Qadeer, activist and representative of Voice for Baloch Missing Persons, led a 700km March across Balochistan from Quetta to Karachi against  abductions and  Extra-Judicial killings of Baloch civilians.  Similar protests in other nations around the world were extensively reported by the International media, and even supported by NATO / UN forces.  When citizens of Libya protested against Gaddafi, NATO airstrikes crippled his regime.  When citizens of Syria protested against Assad, NATO openly supported & supplied rebel groups.  Yet Pakistan seems to have free reign to commit far worse atrocities than any of the aforementioned with absolute impunity.

Those Baloch activists who participate and promote peaceful protests are abducted or threatened to stop their protest. Many of the victims of these extra-judicial murders are social and  political activists but doctors, educators, and even students are being abducted tortured and executed . Over 18,000 Baloch have been abducted, and at least 1500 mutilated bodies have been recovered in recent years which proves it a  blatant campaign of  ethnic Baloch cleansing.

Shawn Forbes is a Canadian writer.

Published in The Balochistan Point on December 17, 2013