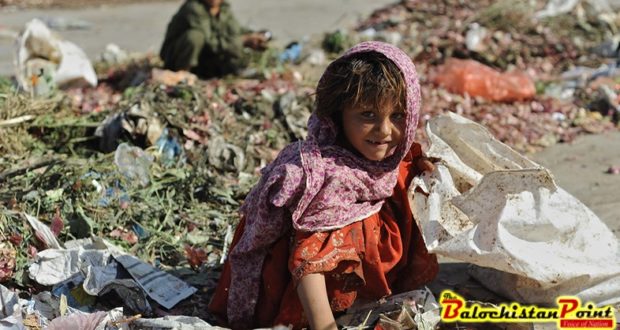 A New Year’s resolution to remember

December and the last month of the year is going to end.  people are excited to celebrate the New Year’s Eve around the world. This year was devastating for some while brought joy for many. I had also witnessed many incidents which had splashed across my mind.

But for people in Balochistan, the good news remains stagnant as one can still find that unbeatable spirit everywhere, amongst those who are displaced by floods or some other compulsions. Among the thousand displaced innocent girls and orphans in Balochistan and across the country still determined to go to school while the survivors waiting patiently for a doctor to treat them in crowded hospitals.

It was almost 1 O’clock when I was told to buy firecrackers and other explosives to celebrate the new Year’s Eve as it was fast approaching.

I was walking slowly towards the downtown when suddenly, I came across a teen-aged child collecting garbage and bottles in a garbage heap near Turbat’s children Park.

“If you happen to come across a young child, please try to ask if he goes to school or not, for such a noble act will bring a slight change in our society to show the child labourers that we care for them.” This plea was made by one of my teachers at school.

Keeping in mind the say of the teacher, I directly approached the child, dismayed, I inquired: “Do you go to school or not?”

“No.”
The child lamented with a dream buried in his eyes.

“Why have you turned to such a work in spite of attending a school?”

“I belong to a poor family and my parents cannot afford to send me to a school like the other children in our neighborhood. All the children get up early in the morning but those who are admitted to schools get ready and go to school while some other children and I become busy collecting garbage daily.” he added.

When I asked that why he did not go to school. He answered:   “Who wants to destroy his own life? But quitting this temporary profession will deprive us of three times of meal. If only I could go to school”. Lamenting this, tears shredded down his cheeks.” he answered.

“My family needs money and when it comes to money then all the other jobs or even my career becomes irrelevant.”
The child concluded with putting an another bottle in his dirty and half-torn sack and went.

This isn’t the first time. Another time, to my recent visit in one of the eateries of the Turbat city, I encountered two children serving eating stuff to the customers. I was bewildered to witness such tender-aged youngsters indulge in such troublesome activities.

Whether it is a big city like Quetta or Gwadar or a city like Turbat, Balochistan province is congested with small children engaged with various forms of child labour at a young age. Child labour is widespread in every nook and corner of the province and most prevalent in large cities.

One cannot find a person without a story of a child who is forced in this scathe and so-called profession in Balochistan. Everyday deaths of children hit newspaper headlines and news channels and programmes but no worthwhile efforts have been set forth to surmount this despicable menace.

Child labour is often defined by the experts as: “The work that deprives children of their potential and their dignity, and that is harmful to physical and mental development.”

Child labourers are often witnessed in the agriculture sector, public utilities, restaurants, eateries, transports and social and personal services which deprive  them of a quality education.

Mostly, a myriad number of children are often subjected to beatings and other forms of torture. While some are sent to affluent families to work as service givers. By resorting to such types of harsh work, they are often abused sexually and physically.

According to a recent study ,over 12.5 million children in Pakistan are child labourers.
Reuters recent report ” Pakistan’s Labour  Forcer Survey 2014 to 2015” displays that of the aforementioned child labourers aged 10 to 14, 61 pc were boys and 88 pc were girls, especially from the rural areas while the proportion of the child labour perhaps be higher since children working in unregistered small and family businesses weren’t part of the survey.

To take in instance, in 2016, Pakistan was condemned to not conducting any child labour surveys which made some 25 million children slip the radar.

According to studies, the assessment on child labour in the country was made in 1996 which exposed that a whopping 3.3 million children were working in this vicious circle across the country. Among which Balochistan’s share of this was a meagre 16 per cent.

However, despite the article 11 (2) of the country’s constitution prohibits all forms of forced labour and human trafficking, the government turns out badly to address the long standing scourge of child labour. Withal, sub-article (3) of the constitution reads, “employment of children below the age of 14 years in any factory, mine and any other hazardous employment is prohibited.”

Those hapless children often remain illiterate and ignorant provoking one to question why are so many girls and boys out of school in the country despite the fact that Article 25-A of the Constitution orders the state to provide free and compulsory education to all the children aged 5 to 16 years?

To cut it short, controling the menace is the dire need of the hour since the menace hasn’t seen any reduction and has been piling up and working as a catalyst to crimes.The scarcity of economic opportunities for adult employment must be ensured. Programs and funds ought to be allocated so that they work as a catalyst to encourage parents to send their children to schools instead of resorting to the child labour work force. Lack of education is another reason for the high-rated child labour work force. Though the provincial government has formulated enough policies to dispense compulsory education to the youths, but these lack implementation.

True is the fact that while the world celebrates the New year’s Eve, these little ones struggle for a time meal and depart their loved ones, leaving them into mourning in the time of happiness and celebrations.

This must be the New year’s resolution of every anti-child labour organistion, every NGO , every political leader, every parent from affluent families to work forward to eradicate this menace so that they also see a greater tomorrow.

The writer is a regular contributor to Balochistan Point.

Published in The Balochistan Point on December 29, 2018