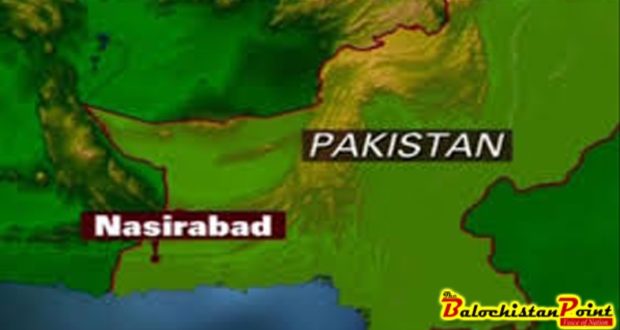 Dispossession of basic facilities in ‘Green Belt of Balochistan’

The Islamic Republic of Pakistan is the first Islamic recognized atomic powered country in the Muslim world. It has been surrounded by many critical issues internally require to be considered in high priority based on their solution radar. These crises might be gifted by corrupt politicians with the worst policies. Viewing the current scenario in Pakistan it seems like good governance has vanished from the table of the establishment.

Corruption has the worst impact on Balochistan. The rate of unemployment and poverty in the province is rising due to rising corruption. Corruption among politicians, institutions and organizations is most prevalent. The corrupt ministers and provincial bureaucrats are well placed to lay down the government treasurer. In any case, no move has been made against anybody to keep country from unlawful acts and decimation.

Being a patriotic citizen and a social activist it really hurts me to utilized such wording for our beloved motherland  but it is important to spotlight such issues which need to be treated as the most favorable consideration in the public interest and to bring somehow suitable solutions to build a stronger commitment among the federation and provinces. It may also attract valuable sight of the provincial administration as a sympathetic indicator from poor people of a rich province.

Nasirabad division is known as the green belt of province Balochistan consisting of five districts, Kacchi, Dera Murad Jamali, JhalMagsi, Jaffarabad, and Sohbat Pur. The population of this division is 1591144 as maintained by the census of 2017. Dera Murad Jamali is the regional headquarter of  Nasirabad division but unfortunately, the whole division is being neglected in every mean by having no proper infrastructure, no clean drinking water, raggedy schools, irrigation failure, troubled transport, and mismanaged traffic has exposed the keen interest of the provincial government in the division.

The severe water crisis in Nasirabad division not only forced the public to move around to other places due to unavailability of water but also giving birth to several lethal diseases such as hepatitis B & C and many other by utilizing dirty water. The irrigation department has totally unsuccessful to run canal system in Nasirabad division and the department’s monetary intimidation has deprived people residence in the area.

The unlawful traffic jam due to unavailability of bypass route in regional headquarters Dera Murad Jamali causes horrific distress including waiting of the passengers, predicament serious patients, and troubles of local transporter exposes the progressive government strategy. It shows the local government and urban Planning department performance at all.

Furthermore, Moving ahead toward the educational system in Nasirabad division may bring more hidden truths which will show the right picture to the educational structure in Balochistan. Many schools do not have a boundary wall and basic facilities required for a well furnished educational environment. The Nasirabad district is among the 120th position out of 141 in District Education Ranking-2017 which demonstrate the 85th spot among the 100 in all over Pakistan. This educational performance must alarm in the minds of policymakers, think tank, and educational experts to convey an ingenious approach to promote the quality of education in far-flung areas in Nasirabad division.

The author is an Electrical Engineer, social activist, young researcher, and a freelancer. He can be reached at saeedahmed1483@gmail.com.

Published in The Balochistan Point on December 28, 2018