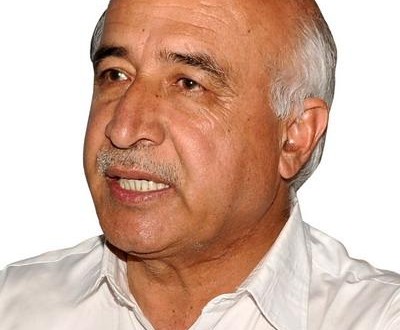 All differences should be resolved through religious and democratic manners: Chief Minister Balochistan

QUETTA: Chief Minister Balochistan, Dr Abdul Baloch has said that Balochistan and the country had previously also experienced such hard times but scholars and intellectual through their knowledge and insight sort out amicable solutions to the problems.

He expressed these views while addressing to “Inter Muslims Unity Conference” organized by Federal Ministry for Religious Affairs at a local hotel here on Tuesday.

Chief Minister thanked Federal Minister for Religious Affairs for forging harmony amongst people of different schools of thought and providing an opportunity to bring closer to the people.

“All differences should be resolved through religious and democratic manners,” he stressed.

Chief Minister regretted that we were divided in groups for several decades but it was a great reality that should be acknowledged that our religious scholars and intellectuals always tried their best to sort out the issues. “Religious scholars always played a crucial role in resolving the matters,” he remarked.

He said that contriving harmony and solidarity in the society was the responsibility of all people in the society belonging to any segment of life hence they should play their role in this connection. “We should have respect for beliefs of each other to retain cohesion in the society,” he added.

Meanwhile,  Chief Minister Balochistan, Dr Abdul Malik Baloch said that incumbent government is committed to help all local artists as they are our assets.

He expressed these views while handing over a cheque to widow of great Biravi and Balochi poet and singer Muhammad Murad Parkoi.

Lauding the services of late Muhammad Murad Parkoi for the promotion of Biravi and Balochi languages Chief Minister said previously artists were not given due attention upon which they faced difficulties and financial constraint. “Artists of Balochi, Biravi and Pashtu are our assets and all possible steps would be taken for their welfare and well-being,” he assured.

Dr Abdul Malik said that artists play an important role in the society but in past they were not only neglected but also no steps were taken to promote local languages. However, he expressed the resolve that coalition government would play its role to help the artists and their families.