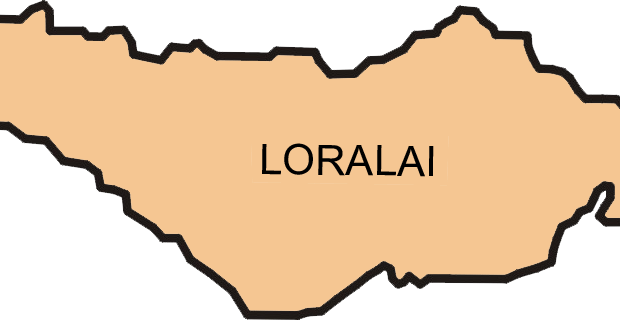 Dead bodies of stoned to death man and woman exhumed

QUETTA: The dead bodies of a man and woman who were allegedly stoned to death in Loralai district of Balochistan were exhumed on Tuesday. However, the final report would be disclosed after completion of medical report.

It has been learnt the woman’s head was stoned while the man was hit two bullets in his head.

It may be recalled here that over 35- km away from Loralai town near Karo Mountains in Kachi Alizai area, a man and woman were allegedly stoned to death for having alleged illicit relations some three days back.

After disclosure of incident through media, local administration apprehended some accused who confessed the death of man and woman by stones, upon which local magistrate ordered for exhumation of their graves.

Following the orders of the court, Judicial Magistrate Asmatullah Yousufzai, Assistant Commissioner Miran Baloch, tehsildar Habib-ul-Rehman Loni and other concerned officials carried out exhumation of the graves on Tuesday.

According to a lady doctor Sadiqa who conducted the autopsy of woman said that the marks on head of woman suggested that she was hit with stones from front side and heavy iron rod from backside that crushed her head.

It may also be mentioned here that following the tragic incident the deceased woman was buried without shroud and funeral prayer. However, after exhumation of her grave she was later reburied with proper shroud after offering her funeral prayer.

Later, the local authorities exhumed the grave of man namely Daraz Khan in Kili Gabrag, some kilometers away from the grave of deceased woman.

Dr Kashif who performed postmortem of Daraz Khan though avoided to talk with media, however, some officials of local administration claimed that minor injuries of stone were visible on the body of Daraz Khan, however, he was hit two bullets of pistol on his head.

Talking to media, Deputy Commissioner, Abdul Wahid Kakar said that as the report would be completed it would be produced before the court, adding that so far seven accused had been arrested in this connection.

He said that raids were being conducted to arrest a cleric who had issued Fatwa (decree) of stoning to death to deceased man and woman while one cleric was in the custody of local administration.

DC Loralai said that all resources were being utilized to arrest the real accused to bring them to justice, adding that local administration had itself had taken notice of the incident as no one from the families of both deceased had registered report.

2014-02-18
admin
Previous: All differences should be resolved through religious and democratic manners: Chief Minister Balochistan
Next: Three brothers gunned down in Jhal Magsi Balochistan