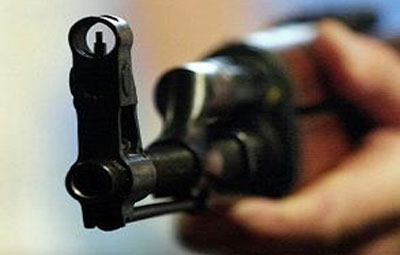 QUETTA: Three real brothers were gunned down in Jhal Magsi district of Balochistan, on Tuesday a man was killed and another was wounded in Kech district.

According to Levies officials the incident occurred in Mahtt Sandar area of Jhal Magsi when three real brothers riding a motorbike were sprayed a volley of bullets by unidentified armed men. Resultantly, all three persons sustained multiple bullets wounds and died on the spot. The assailants fled from the scene after committing the crime.

Levies personnel and area people shifted bodies to Ruler Health Center Jhal Magsi for medico legal formalities. The deceased were identified as Shaman Ali, Imam Din and Noor Din. Motive behind the murder is yet to be ascertained, however, Levies sources said old enmity could be behind the killings.

A case has been registered and further investigations were underway.

Meanwhile, a man was shot dead and another was injured in Turbat city of Keach district.

Sources said unknown persons riding a motorcycle opened fire in Masala Street of Turbat   town that resulted in death of a man and wounded another.

Deceased and injured were taken to District Headquarters Hospital where deceased was identified as Tariq Ahmed and injured as Mehboob, both are said to be the residents of Muzafarghar Punjab.

The motive behind the killing could not be known till the report was filed.

A case has been registered against unknown persons and investigations are underway.