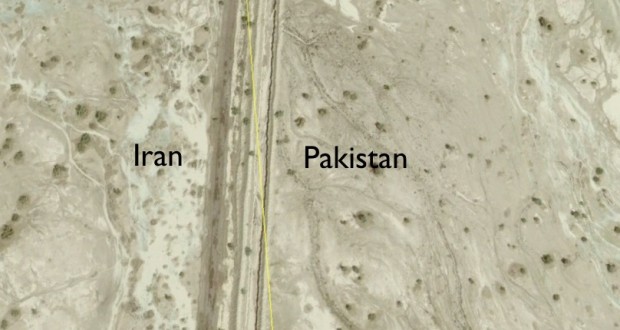 The Commission also called for taking stern action against elements using their soil for vicious plans.

It was third day of the high level meeting which met in the aftermath of abduction of five Iranian border guards on Feb 6 and to discuss issues of firing of rockets and mortar shells by Iranian forces into the border areas of Balochistan.

The other issues including increase border trade, repair of boundary walls, opening up of new gates at Mekran supply of electricity to the border posts, extradition of captives, issuance of passport and joint border patrolling were also discussed during the course of meeting in the provincial capital of Balochistan.

“The lack of communication caused confusion between two brotherly countries Pakistan and Iran,” Chief Secretary Balochistan stressed adding both sides have decided to meet on regular basis to discuss issues to avoid any confusion in the future.

The 16 border commission meeting was held four years back.

He said that “we share deep concern with the Iran over the kidnapping of their border guards, and we are ready to assist in the Iran in this connection.” “We have formed joint committee comprising officials from both sides which would review violation of border and keep eye on the elements opposed to peace, across the border,” he said

The committee would further present its recommendation to the Joint Border Commission.

“Consensus has been developed to ensure joint patrolling on the borders and take stern action against the elements causing law and order,” the CS Balochistan said.

He said Iranian delegation agreed to take steps for the opening of the legal trade gate at Mekran and provision of electricity to the Pakistani post near Sistan Balochistan border.

Deputy Governor Sistan-Balochistan, Ali Asghar Shikari, on the occasion lauded the goodwill of the Pakistani delegation who assured them of their full cooperation in resolving the border issues and recovery of the missing guards.

Stressing the need of joint efforts against the menace of terror, he noted that Pakistan and Iran had cordial relations and both were determined to boost relations in the future.”

” We want to strengthen our relations and in this connection we have invited Prime Minister of Pakistan Nawaz Sharif to visit Iran”, he said adding the Governor and Chief Minister Balochistan have also been invited while Speaker Balochistan Assembly would soon visit Iran.

People of Iran and Pakistan share same culture and there is dire need to bring the people of both countries closer, he said.

He noted that during the meeting issues of issuance of passport fisherman and facilitating people in their countries were also discussed.

“Matter of increasing trade between two countries was assigned to the trade commission”, he added.

The Deputy Governor said that 18 meeting of Joint Border Commission has been convened on 24 August in the Zahidan city of Sistan Balochistan.( APP )

Republished in The Balochistan Point on February 21, 2014