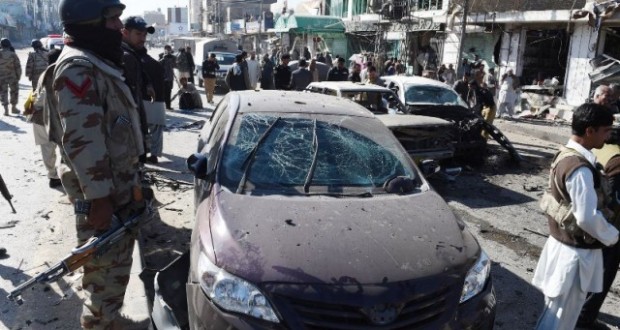 According to Police sources, A Suzuki Alto containing 25 KG of explosives was parked on the route of ATC judge and the explosion took place when the vehicle of Mr. Lango passed the Suzuki Alto.

ATC judge miraculously survived the bomb blast but his vehicle was totally destroyed.

It’s interesting to note that Nazeer Ahmed Lango was hearing the Bugti murder case against Pervez Musharraf. He had rejected the medical report of former dictator and ordered his presence in next case hearing.

One of the dead includes a child and the condition of two injured victims is serious, according to hospital sources.

Quetta has been a frequent target of bomb blasts during the period of last two months.

Published in The Balochistan Point on November 11, 2014

2014-11-11
Editor
Previous: Transfer Of Power To Local Bodies In Balochistan Not In Sight
Next: Izzat Academy- Where Does It Stand?