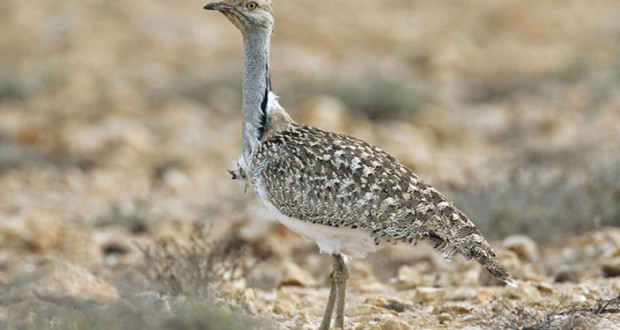 Arab Royals Beyond The Law: Hunting Of Houbara Bustard Continue Despite The Ban

QUETTA: Hunting of Houbara Bustards in Chagai district of Balochistan continues despite the ban imposed by Balochistan High court (BHC).

Last month, BHC banned the hunting of Houbara Bustard in Balochistan after a petition filed by civil society.

Chagai administration is openly violating the ban imposed by BHC and allowing the Arab Royals to hunt the endangered Houbara Bustard. These hunting expeditions take place in the cover of survey of land.

Members of civil society and politicians from Chagai protested the violation of BHC ruling and demanded that Contempt of court proceedings should be initiated against Chagai administration and Arab Royals.

“Violation of BHC ruling in case of Houbara bustard proves that Arab royals are beyond the law of the land of Pakistan,” Lamented a citizen.

Published in The Balochistan Point on December 28, 2014