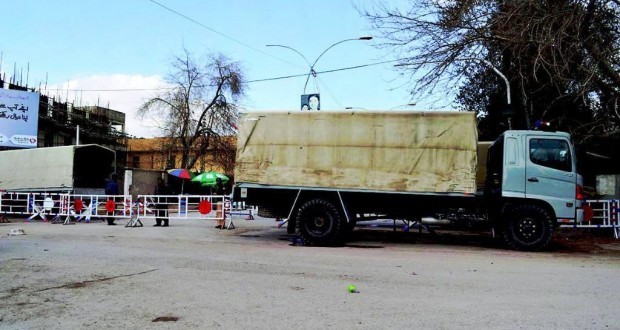 QUETTA: President of Pakistan, Mamnoon Hussain, is on a three day visit to Quetta and his protocol has disrupted the life in Quetta city.

Mamnoon Hussain is a ceremonial and powerless President but he is getting head of state security in true fashion.

All the roads that were used by the convoy of President Hussain were closed for public for hours. Citizens of Quetta had to wait for hours in their vehicles in devastatingly cold weather.

Red zone of Quetta was declared a no- go area for citizens and Governor House, where president is staying, was encircled by security forces.

Benazir Bhutto flyover that connects joint road with Zarghoon road was closed due to security concerns. This effectively led to dividing the city in two parts and commuters had to spend their precious time in looking for alternative routes.

“Visit of Mamnoon Hussain, like his powers, is entirely ceremonious. There is nothing that we [citizens of Quetta] will gain from this presidential visit,” a disgruntled citizen told The Balochistan Point.  “However, we have faced a great deal of inconvenience due to VVIP culture that is prevalent in the land of the pure,’’ lamented the citizen.

2014-12-26
Editor
Previous: Art Workshop Organized In Buleda
Next: Arab Royals Beyond The Law: Hunting Of Houbara Bustard Continue Despite The Ban