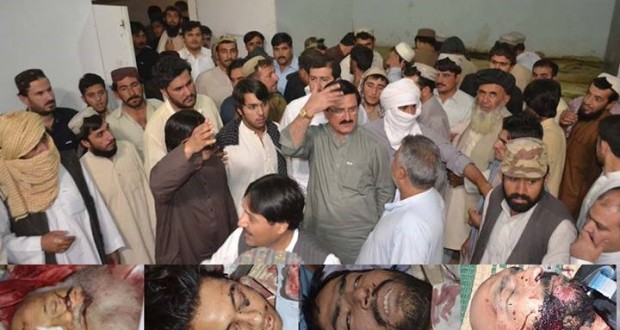 QUETTA: At least four political activists of Pashtoonkhwa Milli Awami Party (PMAP) were killed in a firing incident at Mehmonabad area of the city on Friday.

According to police, armed men opened fire at the people as they were leaving mosque in Mehmoodabad locality of Quetta after offering Friday prayers.

The perpetrators on a motorcycle fled after opening fire.

Four injured succumbed to their injuries while on the way to hospital, sources said.

“Three of the  dead include family members (grandfather, father and son) who were leaving mosque after offering their Friday prayers. Two others were also  wounded in a shooting incident.” Said Police

The law enforcing agencies have started the investigation of the incident.

Published The Balochistan Point on July 18, 2014