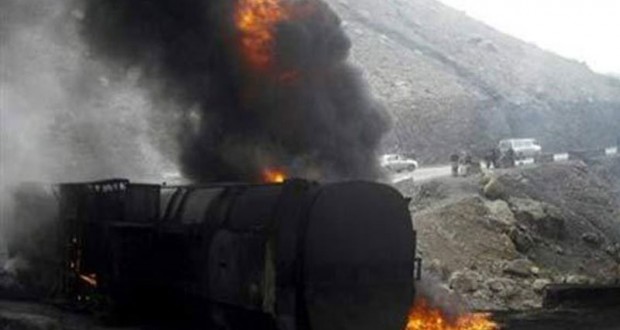 Balochistan Levies sources said that a private container of Afghan trade was heading towards Afghanistan from Karachi when armed men intercepted container on gunpoint at Dhadar area and opened indiscriminate fire. Resultantly, two occupants driver and cleaner of truck sustained serious wounds and died before reaching to the hospital. “Attackers were armed with sophisticated weapons and fled swiftly after torching the container that got damaged badly,” Levies official said, adding that Levies personnel rushed to the site after getting information and shifted deceased to nearby hospital.

The deceased were identified as Lal Muhammad and his son Shamsullah both are said to be residents of Chaman area of Balochistan. “A search has been started in the area to hunt down the attackers,” Levies sources said.

No group has claimed responsibility for the attack till filing of this report.

A case has been registered against unknown persons and investigations are underway.