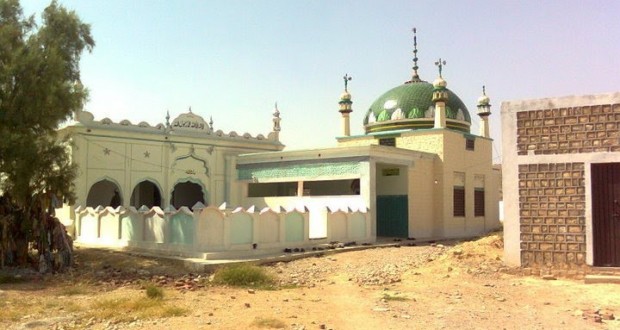 QUETTA: The shrine of great Balochi Sufi poet of Balochistan, Mast Twakali, was torched by unidentified people in Kohlu district, some 220km away from the provincial capital Quetta.

According to local officials, the incident occurred a couple of days back when some unknown people barged into the shrine of Mast Twakali in Mawand area of Kohlu district in the early hours of Saturday and set the shrine on fire. Resultantly, a large portion of shrine caught fire was damaged due huge flames which were later extinguished by local people and administration.

Local administration claimed to have arrested some suspects after starting a search operation in the area who are being interrogated. However, motive behind the incident is yet be ascertained as no one has claimed responsibility for torching the shire of great Sufi poet.

Sufi poet Mast Twakali was one of the great Sufi poets not only of Balochistan but also entire subcontinent who was born in 1828 in the home of Lal Khan Sheerani Marri. His poetry is closely attached to the sufferings of common men in the subcontinent.

To recognize the great Sufi poet Mast Tawakali, Pakistan Academy of Letters had named one of its Literary Awards titling ‘Mast Tawakali Award’ for the best book of the year in Balochi language.

The incident of setting on fire Mast Twakali’s shrine was strongly condemned by political parties in Balochistan and termed it a fail attempt to mutilate Baloch culture and history, adding Baloch nation is well aware the conspiracies against them which would be frustrated.

Spokesman of Balochistan National Party (BNP-Mengal) has strongly denounced the incident, saying perpetrators of such incidents should be brought to justice forthwith. He said that Mast Tawakali is big figure in Baloch history and literature, treating the shine of such poet is a shameful act.

Similarly, ruling National Party (NP) in Balochistan has also condemned the incident of burning of Twakali’s shrine and said such incidents would never be tolerated.

In a statement its spokesman said the culture of Baloch nation is being distorted by some elements which is an unbearable and the elements would be brought to the book.