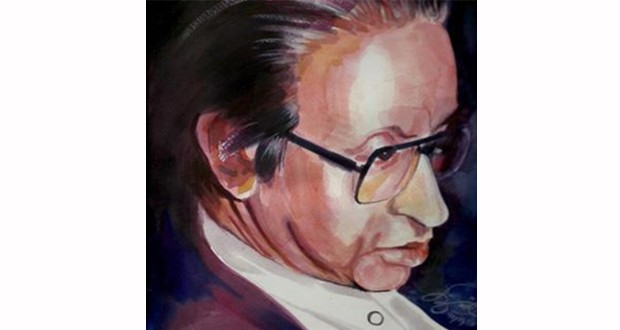 Twentieth century marks enormous evolution of mankind. A number of anecdotes and events that took place during that era are considered important to human history. Though the world had to endure the great depression of conflicts between various nations leading to blood sheds of millions of people but what can’t be disregarded are the scientific, political, economic, social, lingual and educational successes of human race.

As the world continued its exertions to overcome huge challenges of time, diverse revolutions changed the map of the world hence such changes touched the land of Baloch nation too. It is the same era when for the first time in history a number of Baloch youth hoisted their ensign in the fields of politics to education, from literature to linguistics and from business to economics.

For Balochi literature the twentieth centaury is documented as a fortunate period since it blessed this previously unwritten language with innumerable researches and literary works. No doubt the credit for such exertions goes to those unmatched and innovative literary devotees who lived to contribute for the literature related to the land of wanderers, the mountains, the oceans, the art, the warriors, the traditions, the music and the land of mysterious folklores.

When the previous century and Balochi literature are discussed, three names that burnish in the horizon of Balochistan are Syed Zahoor Shah Hashmi, Meer Gul Khan Naseer and Atta Shad. They are not only the pioneers of modern Balochi literature but are also known for the innovation of classical and cultural reflections in their writings.

Since 1997, each February 13th reminds us of the renowned Baloch poet Atta Shad. The award winner for a number of his literary contributions, Mohammed Ishaq known as Atta Shad lived as a legendry figure with creativity in each poetic line he originated.

Born in November 1939 in Kech, Makran, Atta Shad got his elementary education in Kech and Panjgoor. With a desire for higher education, he moved to Quetta for college which at that time was affiliated with the Punjab University.

Though the literary works of Atta Shad began with Urdu language but one would find the traces of Balochi culture and Baloch land while observing his poetic lines. In addition to bury susceptibility and vulnerability of Baloch land which is often discussed, Atta carried rational and traditional dynamics representing his mother land.

He felt the need of presenting the richness of Balochi language and culture in Urdu literature hence we can not only find Urdu translations of Balochi folk poetry but also poetry relating to social aspect of the Balochs, as he uses one of the famous Balochi proverb “Tas e aap Sad sal wafa int” (A bowl of water worth loyalty of hundred years) basically means to remain loyal for hundred years to the person who fetches you the water.

a bowl of water

is Worth loyalty of hundred years

Let us quench our thirst too

And offer our lives

Atta was a believer of unique art, new techniques and diverse thoughts. Although we often find him bound with his land but when it comes to art of literature, we find him free from prior forms of poetry used in Balochi influenced by Urdu or Persian. In fact his originated style of poetry that was criticized during his time has been one of the most preferred styles amongst today’s young Baloch poets.

His life-transforming ideas, conceptual illustrations and originative literary exertions influence every reader’s thoughts and take them to the journey of deep expressions that he solely possessed. In accordance with the anecdotes connected with Baloch history, Atta presented his exceptional poetic lines. In Midst of the socio-political awakening of his nation, he presented his concerns through metaphoric and abstract tactics.

With notching the heads you will slay the thoughts

With splitting blossom from stem can end fragrance to spread

His high definitive thoughts build the readers’ interest and grab their attention not only through poetry but also prose. His contributions include several books such as:

Along with his service and literary works, he got several opportunities to travel and present Balochi language. He travelled to Iran, Saudi Arabia, America, Australia, Germany, Thailand, Italy, China, UK, Denmark, Turkey, UAE, Oman and Singapore.

His great literary efforts for Balochi language bridged the gap between Balochi and Urdu literature. He is indeed not among us today however his thoughts are eternal and will remain immortal.

Author is a staff Writer of The Balochistan Point

Republished in The Balochistan Point on February 13, 2015