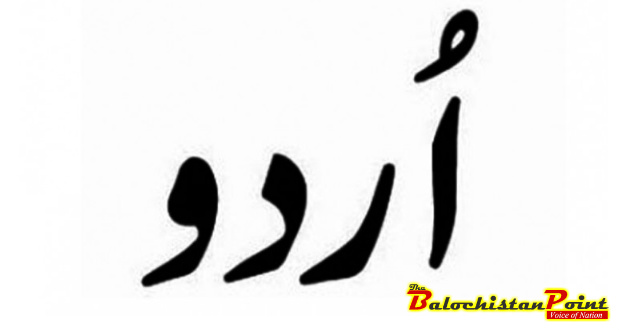 Urdu as an official language has already faced many controversies since the 19th century such as Hindi-Urdu dispute. Pakistan since its genesis was confronted with many challenges; Massacre of Muslim Refugees in India, Boundary Distribution, Canal Water Dispute, Constitutional Problem and Annexation of Princely States.  Hence, Pakistan faced many obstacles to be recognized as a full-fledge state.

Hereafter, Pakistan faced the challenge of a single national language for the newly established setup as Pakistan formed a multi-linguistic nation sharing same religion with people having different cultural backgrounds.

As compared to Pakistan, India adopted Hindi and English as the official language in 1950. In India, states have also been given the liberty and powers to specify their own official language(s) through legislation and therefore there are more than 22 officially recognized languages in India.

After the partition, first constitution of Pakistan came into force on 23rd March 1956 after 9 year of her existence. As like other problems faced by Pakistan, the issue of a signal national language lingered as an unsolved issue. Meanwhile, India adopted Hindi as the official language in 1950, Pakistan in the 1956 Constitution prescribed the use of English for official purposes for 20 years, and the 1962 Constitution made the period indefinite. Moreover, the 1973 Constitution designated a 15-year transition period to the Urdu language, after which English would no longer be used for official purposes.

The Supreme Court verdict of 7th September 2015 is enforcement of Article 251 of 1973 constitution.

Although Urdu is endorsed by Supreme Court as an official national language but it still faces many challenges. All text books, laws and penal codes, medical work, research papers, literary works at offices, record books and gazetteers are in English language. Therefore, all state documents need to be translated into Urdu. It may take a decade to accomplish all these works which may push Pakistan far behind in the race of development.

Pakistan not only needs to confront global challenges but also needs to focus on genuine social issues which are major hurdles in the development of a prosperous Pakistan. Thus, Urdu as a national language is not a bad idea but considering the best interests of provinces and promoting the mutual cooperation among provinces it is the need of hour to provide space to regional languages as well.

Published in The Balochistan Point on September 10, 2015