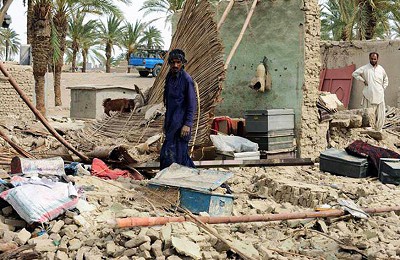 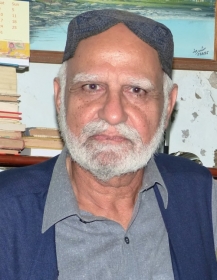 I am convinced that if promises were bombs there wouldn’t be a soul left alive here. Promises come cheap and are the handiest tool to bamboozle people into believing fantasies they would otherwise reject as garbage. Here even the solemn but empty promises of courts recovering Baloch missing persons, of trying Musharraf for treason, of running vehicles on water and of no support for the good Talibans are unqualifiedly believed.

The people are gullible and promise makers deviously astute who rely on the extremely short memory disease which afflicts the people here and always get away with unfulfilled promises. This I suppose has got much to do with the in-built fatalism which is part of psyche in this region’s people and has a lot to do with religion and of course the effects of prolonged colonialism not to mention the overwhelming influence of ‘state narrative’ through education and media; a narrative which has promoted and encouraged the evils of fundamentalism, passivity and acquiescence to prosper here.

Eschatology too is responsible for the attitude of passivity and unnecessary forbearance. Religions never remain the same in spirit over time because the vested interests and narrative of the elite shape religions according to their needs and not vice versa. It was for this reason that Marx said, ‘Religion is the opium of the people’. By the way this Marx quote is in this context, “Religion is the sigh of the oppressed creature, the heart of a heartless world, just as it is the spirit of a spiritless situation. It is the opium of the people.” The Baloch society’s secular ethos is an anathema for Pakistan as it encourages struggle and this runs counter to its narrative. Little wonder that army is the staunchest advocate of and provider of education in Balochistan; there is relentless effort to change the existing ethos of Baloch society to ensure acquiescence.

During the recent visit to Awaran Nawaz Sharif promised its miraculous rehabilitation; he couldn’t have been serious because it is eight years since Balakot earthquake and rehabilitation has not even been half completed there yet. In 2012 on 7th anniversary of that devastating quake, a newspaper reported, the locals announced staging protest both in Balakot and in front of the Parliament House in Islamabad to remind the world that even after seven years they are still running from pillar to post for rehabilitation.

A new Balakot was to be built at Bakriyal, 20 kilometres south of old city but that project too came to a halt. A dispute arose over the demand of payment to local land owners there. Till 2012 over 60 per cent of government buildings, including schools and hospitals, had not been completed there. Many residents of old Balakot city have been living in prefabricated houses donated by the United Nations Development Programme (UNDP). This was because of the complicated design and high cost of ERRA’s technical architectural plan. If this is the fate of people of Balakot for whom they got hundreds of millions of dollars from outside world what will Awaran’s peoples’ fate be?
Because Nawaz Sharif had nothing else to offer he left making a clutch of promises to the so called elders of Awaran; naturally people could not be trusted in close proximity to him. This gaggle of supposed elder who he assured of help are a new phenomenon because before the earthquake there seemed to be no elder in existence there; the army must have manufactured them since it went there in strength under the excuse of helping in relief work. One of these elder surely must have been Qudoos Bizenjo the deputy speaker of the Balochistan Assembly, yes the one who won his seat in Awaran PB 41 with 544 votes but was rewarded with deputy speakership for services rendered.

The rest of the elders along with the handpicked chief minister were no more than thanks givers nodding at every word to ensure largesse kept pouring in. These elders, all men of straw, without establishment’s support are but ciphers and fear the people they claim to be elders of. Regarding rejection of international aid Sharif said his government has refused foreign help for the rehabilitation because. “We don’t need help from outside. Balochistan government is mine. It’s our shared responsibility.” Sharif least bothered about miseries of people massaged his ego by reiterating that, “Balochistan government is mine.”

Sharif went on promises spree and announced Rs 5 lakh for the families of the dead and Rs 1.5 lakh compensation for the quake injured. He must have surprised even himself when he said, “The government will electrify Awaran with solar power to ensure 24 hours uninterrupted supplies, and build dams to meet the need of water and irrigate the area. My government will make Awaran a ‘model district’ at par with Karachi, Islamabad and Lahore.” Isn’t it surprising that an establishment which has not been able to provide electricity to cities whose lifeblood is electricity promises a paradise with 24/7 non-stop electricity for Awaran. Bringing Awaran at par with Karachi would also mean killing off a dozen people daily to bring it close to Karachi’s killing fields. The establishment which for decades has oppressed and exploited Baloch suddenly becomes a benefactor and promises a virtual heaven. If this isn’t black humour than what is?

What I suppose everyone missed in the fanfare of Nawaz Sharif’s visit and his promises is what his man Dr. Malik while thanking his benefactor said: “I appeal to the people of Awaran to not leave the district where their ancestors are buried. The government will provide jobs and other facilities.” This simply confirmed the fact that the people are leaving the area because of the increased army presence there, a total of six battalions and eight helicopters have been deployed ostensibly for relief and rehabilitation, and because of absolute lack of trust in Pakistani government. The fact is that there isn’t any plan for a model town; the army is preparing to build a cantonment to control the area. A cantonment is a cantonment even if the label is changed. The people fully understand the intentions and the expected treatment and are therefore moving away. They do not want to live in a cantonment which the government wants to make out of Awaran. They prefer to live in poverty elsewhere rather than live like slaves subject to whims of army and Frontier Corps (FC) in Awaran. (Courtesy : View Point Online )

Published in The Balochistan Point on November 18, 2013