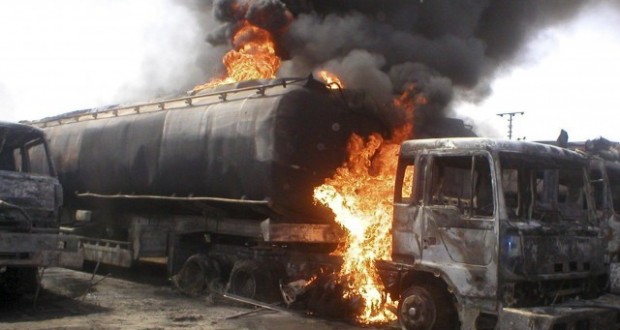 Naseerabad: Gunmen in Naseerabad district on Monday killed the driver and set on fire a  truck carrying NATO equipment out of Afghanistan.

According to the police officials the attack took place in Naseerabad district, around 400 kilometers southeast of Quetta.

“Four gunmen on motorbikes opened fire at two trucks, killing the driver of one of the vehicles and then sprinkled petrol on (that) truck and set it on fire” Said a police official of the area

“The perpetrators fled to the scene” Police informed.

Published in The Balochistan Point on November 18, 2013