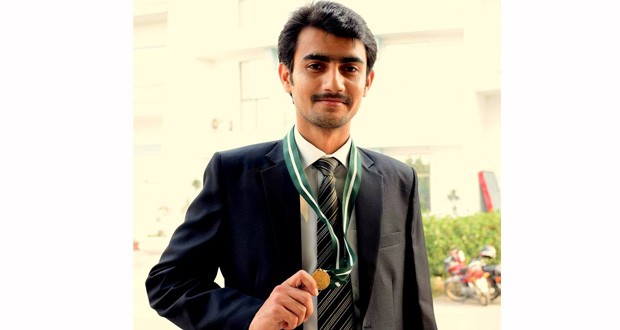 Quetta – Shayhaq Baloch, a student of University of Engineering and Technology (UET) Lahore has been awarded Gold medal in Civil Engineering department, on Tuesday.

Shayhaq Baloch was enrolled in 2010 batch of Civil Engineering in UET Lahore which is the one of oldest engineering universities in the country.

Gold Medalist student was born in Kalatuk area of Kech district of Balochistan. He acquired his early education form his home town of Turbat and completed Matric and Intermediate studies from Balochistan Residential College (BRC) Turbat.

He topped the 2014 batch of Civil Engineering department of UET Lahore with CGPA of 3.92.

Achievement of Shayhaq Baloch is an inspiration for all the Baloch students who are studying in schools with poor infrastructure.

Published in The Balochistan Point on March 25, 2015