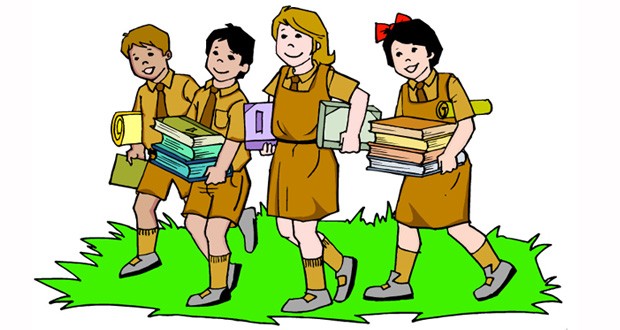 Pakistan has made significant progress in implementing the Convention on the Rights of the Child (CRC) in the past two decades. To understand what has been achieved and the remaining and emerging challenges, let us walk through the CRC’s history in Pakistan.

The UNCRC was ratified by the Islamic Republic of Pakistan on 12 December, 1990. At the time of ratification, Pakistan made a general reservation that the provisions of the CRC shall be interpreted according to the principles of Islamic Laws and values. The reservation was withdrawn on July 23, 1997. Conventions are not enforceable in Pakistan until there is enabling legislation making them law of the land. Pakistan has not introduced any such law in regard to the CRC and therefore the Convention cannot be invoked in the courts.

The first decade after ratification was dedicated to looking into how the CRC could best fit in the legal, political, and societal systems, values, norms, and practices in a country known for its vast diversities.

The government was almost single-minded in its perception of the problem. Children were “in difficult circumstances” as the result of unresolved poverty and because parents failed to carry out their responsibilities. The understandings that child well-being is influenced by a multitude of factors, including, societal norms, certain adult life-styles, and even government policies only evolved much later.

The National Commission for Child Welfare and Development (NCCWD) is the body responsible for implementation of the Convention in Pakistan within the Ministry of Human Rights, is believed to be responsible for child rights in Pakistan but unfortunately, the NCCWD was established through a resolution in the National Assembly, and has limited human and financial resources, as well as limited powers to prevent and respond to violations of child rights and coordinate and monitor the implementation of the CRC.

Over the past 15 years, Pakistan has shown achievements in several of the key MDG target areas. School enrolment rates including for girls, have gone up, and there are more women in the workplace and in decision-making roles in society. Despite natural and human-made crisis – earthquakes, floods and conflicts in several provinces – improvements have been recorded in the rates of infant, child and maternal mortality, although they are still too high and there have been setbacks, especially due to the catastrophic floods of 2010, which have reversed some declining trends.

The past two or three years have seen the adoption of laws, at both the federal and provincial levels, enunciating children’s rights and greatly strengthening the protection of women against discrimination and violence. The passage of the 18th Amendment establishing a framework for devolution of powers from the federal level to the provinces has sharpened the scope for better delivery of vital social services and greater public participation in governance. The 7th National Finance Commission Award has strengthened fiscal decentralization and addressed inequities in resource transfers to the local level. Importantly, the 18th Amendment recognized the provision of free and compulsory basic education as a fundamental human right, and it is to be hoped that decentralization of authority and responsibility to the community level will improve key outcomes and pave the way for achievement of the MDG targets and Education for All goals.

Children in Pakistan remain among the most vulnerable part of the population.” So reads the first line of the National Plan of Action for Children that the Government of Pakistan adopted in 2006 as a blueprint for integrating the goals that emerged from the 2000 World Summit for Children into national policy for children in Pakistan. Five years after that plan was put into effect, and more than 21 years after the World Summit, the children of Pakistan and the women who bear, nurture and sustain them, remain the most vulnerable members of Pakistani society. The National Plan of Action concedes that “most indicators confirm that (children) face serious disadvantages in the realm of economic and social development”. Children and women are those most affected by the household poverty that holds nearly a third of the country’s population in its grip. Children and women from the poorest households are routinely denied or otherwise discouraged from attaining access to health and education services that are already either inadequate or underutilized. They are also the members of society who are most affected by customs, social norms and traditional practices which can expose them to neglect, exploitation and abuse.

In these ways, through denial of access and exposure to maltreatment, too many children and women in Pakistan are deprived of the most basic human rights: the right to survival, the right to health care and education, the right to protection against violence, exploitation and abuse, the right to participate in the making of decisions about their lives – rights that are guaranteed by the international conventions to which Pakistan is a State party. Gaps in the implementation of convention the Rights of the Child (CRC)

The other serious challenge is learning to work together. No one department or ministry can resolve problems around children’s wellbeing by itself. We are all aware of this, but have not found the best way of working together in a coordinated way. The coordinating mechanism needs to strengthen its mandate and improve its capacity to bring all stakeholders, government and civil society, to work together in conjunction and coordination. Since the private sector has been opening up for constructive partnerships, more resources and potential innovations may be available.

25 years seems like a long time. But to learn the best ways to safeguard our children, we may need much more time. Our children never set any conditions for their birth among us. They have unconditional trust in their prospective caregivers. Once they are there with us, therefore, we are bound by moral obligations as caregivers and legal obligations as citizens to ensure their safety and well-being. At least that’s how I, as an activist, look at my position vis a vis (my) children.

Published in The Balochistan Point on March 25, 2015