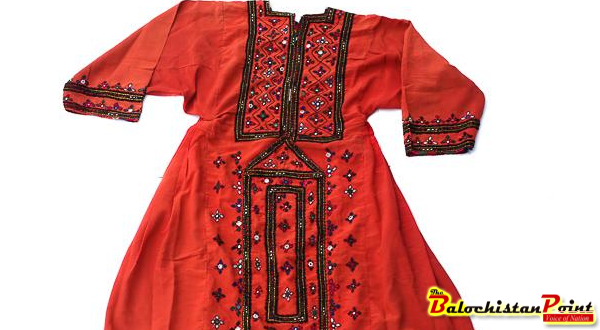 All provinces of Pakistan have their own cultural significance and uniqueness, while the handicrafts done by Baloch female are yet very gorgeous and admirable. The embroideries are done on Pashk(shirt) covering the front of the dress, the cuffs of trousers and sleeves and on a large pocket(goptan or pandol) stretching from waist to the hem of the dress.

Well, it is an important part of our culture which denotes the beauty and handwork of Baloch female. It is made by the females and worn by them too. This art is said to move on from generation to generation successfully and now-a-days, getting blend with modern designs and look trendier.

Different regions of Balochistan have their own distinct designs indicating relevance to a particular tribe. For instance, the Kalat district is known for its Kalati embroidery, whereas, Periwal, Jalar, Kapuk and Naal are a product of Mekran division. Different types of stitches are used in the embroidery which are geometrically organized related to a location or may even relate to a woman’s current situation. The most famous and beautiful of these are made mainly by Turbati, Panjguri and Buledai women. 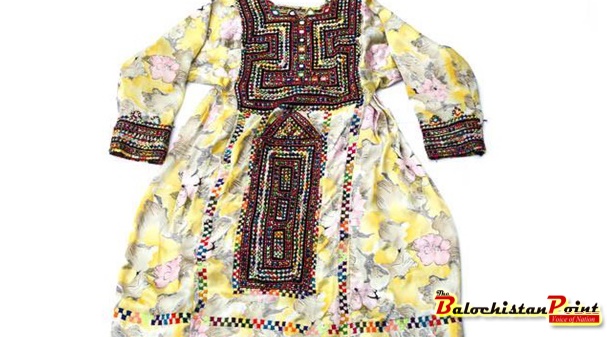 The stitches are made matching the dress color with the color of the threads and sometimes the women glorify their work by the use of mirrors in the embroidery.

“It takes a lot of time and hard work” says my mom who is expert in making such dresses for me and herself.

Probably a particular dress takes more than two months to be prepared and costs thousands to buy one.

And the best thing is in order to create such unique embroideries the women don’t even use charts and diagrams rather make these with the help of their creative minds.

However, now such embroideries are not dressed in Balochistan only but in many places of Pakistan due to their unique designs. These are in high demand in Gulf countries and are admired by everyone all over the globe. We ought to preserve our cultural dress by learning the skills from our elders. With modern technology and modern dresses, girls don’t choose to wear their traditional dresses anymore. We must preserve it because it holds a lot of significance in our culture.

Published in The Balochistan Point on May 4, 2018

2018-05-04
admin
Previous: We are sorry, doctor Shagufta Iqbal
Next: A bleak outlook for press freedom in Balochistan