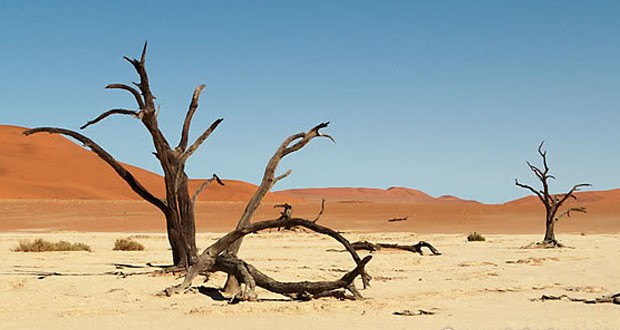 Balochistan: A Catastrophe In Form Of Famine Is Expected

Although being tremendously rich in mineral resources, having huge reserves of oil, gas copper, gold and a long coast, the fate of people of Balochistan awaits yet a big change. Sadly, Balochistan has remained invariably under the clutches of natural and man-made disasters.

Despite the fact that Balochistan is a mineral rich province, the statistics say approximately 80 percent people in the province are directly or indirectly attached with agriculture and livestock to earn livelihood.

Balochistan has experienced long droughts, earthquakes, floods and cyclones that have a big share in its backwardness and miseries. The climate change is inflicting serious impacts on this region and Pakistan, though has a little share in climatic change, yet is among one of the top-list countries being affected by the impacts of climate change.  The province is currently passing through another phase of drought.

Government has declared 29 out of 32 districts of Balochistan drought affected as the province received scanty amounts of rain in monsoon season as well as in winter. The districts which were affected by drought include Noshki, Kharan, Musakhel, Loralai, Chagai, Awaran, Washuk, Kohlu, Barkhan, Kalat, Khuzdar and Qila Abdullah.

In past, Balochistan faced a devastating spell of drought from 1997 to 2005 which created famine in several districts. United Nations report says, a total of 0.798 million hectares remained uncultivated in Balochistan and 1.76 million livestock perished by 2001 because of the drought.

Those districts of Balochistan which have been affected by drought produce annually thousands of tones wheat, cumin, vegetables, melon and watermelon just through rain water. However, due to no rain thousands of acres lands have been converted into wastelands and desertification is fast escalating.

This conversion of lands into deserts is an indicator of food insecurity to these districts and if this situation is not tackled seriously and promptly it would have grave repercussions.

Agriculture experts say thousands of small farmers who had easy access to flour would be in trouble now as no wheat crops had been cultivated by farmers on lands that are dependent on rain water.

The food insecurity is also a big issue in Naseerabad and Jaffarabad districts where lands are watered through canal systems from Indus River System. The floods of 2010 and 2012 left both districts distressing, destroying 60 percent of water courses alone in Jaffarabad.  Moreover, Balochistan has been complaining of not getting its due share from Indus River System that has left thousands of hectors land barren.

One could easily witness the fast impacts of drought on livestock sector of Balochistan by visiting the meat markets in the provincial capital where meat of camel is being sold at throwaway prices.

Camel is very expensive animal and people hailing from livestock business would have never sold their camels if they had not been afraid of impacts of drought.

Another example of drought is the Union Council Malgishkor of Sibi district from where people of 24 villages have migrated to various urban area of Sibi because of shortage of water.

The shortage of food and water would wreak serious impact on women and children as both are more vulnerable and would be the first victim of drought, and would further rise the Mother Mortality Rate (MMR) and Infant Mortality Rate (IMR) in Balochistan.

Government so far has announced Rs 1 billion to cope with the situation and announced a survey to find out damages of drought; however, provincial government, besides taking up the matter with centre, should also appeal international community for aid before the situation would be more complicated.

Published in The Balochistan Point on March 12, 2015