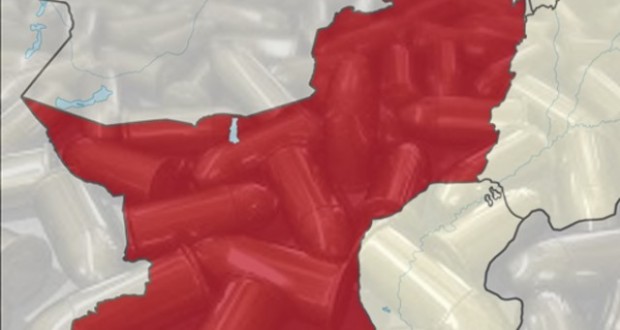 Two weeks ago, National Assembly has unanimously passed a resolution for strengthening the democratic process, on account of prevailing political turmoil in the country. The sit-in the heart of Islamabad by PTI Chairman Imran and PAT Chairman an eminent Islamic Clergyman Dr. Tahir-ul-Qadiri have disrupted official business in capital of Pakistan. In this ongoing political crisis Electronic and print Media are highlighting non-stop coverage and neglect the other serious issues such as the security crisis in Balochistan. In the same framework, it seems that, the great concern among the marginalized masses of restive Balochistan also enlarged the matter of great concern is that, media cannot catch up their grievances in front of the responsible stakeholders.

In last, two days, at least three indigent people were indiscriminately killed, after the remote control bombs ripped through the Balochistan capital Quetta, no special coverage was given to the brutal, pernicious attack by the corporate media and merely covering the Central news rather than emanating heart touching news  from peripheral areas. In the same way, killings of three journalists in Capital City of Balochistan were not given too much media coverage the way it was given to Islamabad, When Punjab and federal police wounded the media persons in front of federal Minster of railway Khawaja Saad Rafique.

Why is Balochistan forgotten frontier of Pakistan? The answer is very concise and stunning; Balochistan is one of the provinces of Pakistan, which is replete with tapped and untapped natural resources, including (Gold, Silver, and Gas). While, Balochistan is supplying 37% gas total demand of country, more importantly its strategic significance attracts not only regional powers (Iran, Afghanistan, India) but also supers powers (America- China) influence also count in this regards. Ironically, countless mystery in this murky circumstance has not only grappled the situation more egregiously it is now well uncontrollable for the ruling government.

In 21th century, the mountainous people of Balochistan simultaneously facing a numbers of issues either traditional or non-traditional threats. It is matter of great concern how to protect their precious life in-front of imminent implicit or explicit pitfalls? Surprisingly deprived people of Balochistan are seeing latest development in the name of emergence of Lashkar-e Khurasan (LK) an outlawed extremist organization which had not only burnt down the Girls English schools in Turbet, but also extended and wrote their ideological slogan on the wall boundary of streets and emphasized to study Islamic education rather than following the Western education approach. Is emerging extremist group undermining the liberal and civilized approach of Baloch Society?

Indeed, the extremist groups pose a new set of challenges for the Baloch society to intimidate people through different tactics to proliferate, inject their ideological motto in the mind of liberal and tolerant people of Balochistan. Why can’t the alarming news from densely land of Makran division catch up the room in media’s discourse? Especially, when non-state actors are easily accomplishing their task for the willingness of Almighty Allah.

Similarly, civil society and human rights organizations neither issued a comprehensive statement about the duress activities of Post colonial state nor did they make fully aware of excruciating situation of province, eventually it seems that no one is ready to highlight voice of depressed people. Coincidentally, as federal government passed the federal budget 2014-15 in June, Rs. 3.936 Trillion estimated in the budget for Development programme, Armed forces and cheap and rapid transportation project for the people of Punjab and Karachi. Unfortunately, no mega project for Balochistan includes in the federal budget, except the future proposal of controversial Gawadar Kashgar trade route which is named China Pakistan Economic Corridor (CPEC). This route was ray of hope for the people of Balochistan particularly; the route had to go through Northern part of Balochistan. But it has now diverted to Sindh and Punjab, hope of hapless people of the province has been dashed to the ground.

Central Government shows less interest to the development of Balochistan in many social fields either education, Health, agricultural or fisheries sector. It is presumed, only 45 billion rupees is going to be spent on luxuries metro-mega project from Rawalpindi to Islamabad route. According to one statically estimate, instead of such a mega- project Federal Government could have established at least 200 primary schools and 100 elementary colleges in less developed province of Pakistan. Education department could easily enhance the capacity building and standard of Education in Balochistan. Ironically, the literacy rate of Pakistan is 57% whereas Balochistan literacy rate is 39% respectively. Central government and provincial government are deliberately not interested in decreasing the darkness of education for their own vested interest. Our political leaders either Baloch or Pasthuns can raise their voice for the promotion of democracy, then why don’t they bring a single Overseas Pakistan foundation college (OPF College) in their ignorant constituency? As article 38 says that, it is fundamental obligation of state to provide basic necessities such as food, education, shelter, and job opportunities etc.

Last but not least, still 90% areas of Balochistan don’t have gas for their daily usage, approximately 75% areas lack the utility of electricity, and even more astonishing fact is that, they are not having access of sanitation drinking water. Then, how can we claim that, there would be a prosperous future for the people of Balochistan if they don’t have basic social needs in their life? The answer is very simply that; actions speak louder than words.

Published in The Balochistan Point on September 16, 2014.