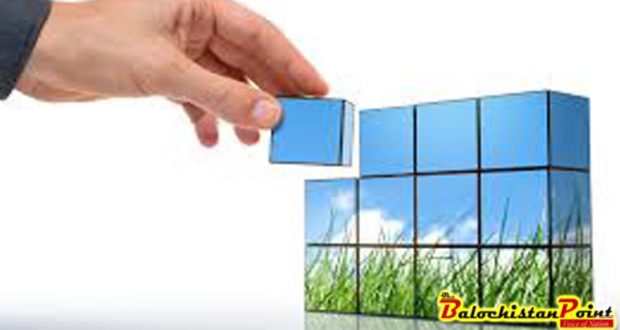 Balochistan is known as the biggest and richest province of Pakistan which occupies 43% of the country and approximately equals to France. One can say that after getting many natural resources, it would be one of the most beautiful and developed provinces in the world, but unfortunately not. Its poverty is day by day increasing in high speed with the population. According to a report, 40% people are already living in poverty line.

A report of UN states that 70% children are out of schools in Balochistan, which all because of no any attention of previous government on this blessed province. Besides this, 2,200 schools are without shelters and 5,000 are running by a single teacher. Rural areas of Balochistan are seen to be untouched by every government.

Furthermore, poverty is at high ratio in Balochistan. The Pakistan Bureau of statistics estimated that the unemployment rate in Balochistan is four percent with increased illiteracy rate. On the other hand, youngsters in Balochistan are smoothly affected by drug culture, which is going to cover the whole Balochistan if no actions are taken. Drugs sellers can be seen openly selling drugs and compelling the youngsters to have drugs.

Most of the places in Balochistan are facing water problem. Mostly, people in Gwader are facing problems due to lack of pure water for drinking. Indeed, it is becoming the main source of the country to develop its economy.

lack of good education system in Balochistan is the reason that Pakistan’s literacy rate is going down. According to a report, Pakistan has lost its two percent in literacy rate, before it was 58% and now 56%. The PTI needs to recover the problems occurring in Balochistan as soon as possible.

Such negligence is making Balochistan’s problems double day by day. Additionally, the PTI government is continuously trying to provide better facilities in other three provinces and in Capital too, but nothing is being done for the development of Balochistan.

Published in The Balochistan Point on January 1, 2019

2019-01-01
admin
Previous: Letter: The broken roads in Kalat
Next: Democracy should not fail to resolve Baloch missing persons’ issue