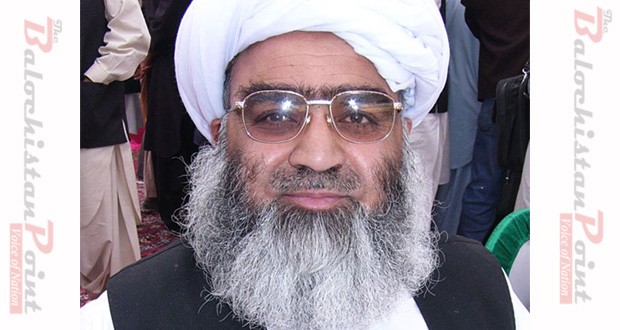 Molana Wasay was a former minister in Balochistan government from 2002 to 2012 and he is also the parliamentary leader of JUI-F.

“If a government is not competent enough to use development funds then what’s the point of holding a donors conference under the umbrella of BDF, questioned opposition leader.”

JUI-F leader continued, “Transporting dozens of people from Balochistan to Islamabad and providing them accommodation in Marriot hotel is nothing more than waste of government resources.”

Referring to the statement of speaker of Balochistan Assembly, Jan Jamali, Mr. Wasay said that Balochistan is being run by NGOs.

Mr. Wasay mocked the Chief Minister (CM) by saying that how people can invest in Balochistan on request of CM when cabinet ministers don’t even attend cabinet meetings on his request.

Opposition leader further criticized Balochistan government for not appointing Additional Chief Secretary (Planning and Development) for months, which has hampered the development activities.

Published in The Balochistan Point of January 18, 2015