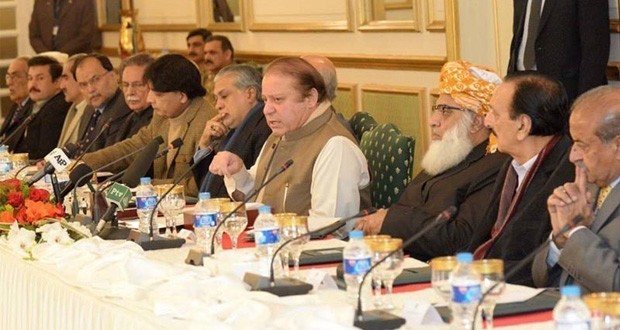 The burden and responsibility of our present plight lies on the shoulders of our past policy makers. We the common people have always been the victims of all terrorist activities. The jihadists of 80’s and 90’s are today’s terrorists. After cold war, those Jihadists who were involved in mass murder of thousands of afghan people, returned to Pakistan and became enemy of this state too and killed almost 50,000 Pakistani citizens. Today, we the common masses are not only the victims of every attack by these terrorists but also the victims of every reaction towards terrorists from our security forces.

Counter terrorism measures taken or going to be taken from federal government as well as provincial governments are another source of misery of public. Schools are closed for uncertain periods in whole country which is surely due to security reasons but it has mentally pressurized the whole student community. Crackdown by Punjab government against student hostels has created obstacles for students of other provinces who are residing in Punjab.

Moreover, roads to different Government institutions are closed for public and barriers are placed at different points. Cantonment areas are completely closed for common people. A person in Quetta can get USA visa more easily and early then Quetta Cantonment pass.  Now these measures are taken to counter terrorism, but in reality common people are given more tough time in this country. It’s not only terrorists who put our daily lives on stake but it’s also our security forces and the government who are increasing tension in our lives.

The only places where people feel free and safe are their own homes. However, in reality, no one is even safe at their own place. Can any one answer that what is the guarantee that our children will be safe after these extended vacations? Isn’t it a success of terrorists who compelled us to close our educational institutes? Isn’t it a motivation tool for terrorists who can repeat it again to take their revenge or to attack the poor children of this country? Aren’t we the victims from each angle? Yes for sure we are the victims and we are facing it from each side.

Ironically to all that, Whatsoever happened, whoever was or is responsible for this game is presenting serious hurdles not only for the country but also for common people. This is the only chance where civil and military leadership have to take certain strict decisions wisely which could remove this evil once and for all. We the victims are looking towards civil and military leadership and we demand peace, prosperity and a happy country.

We are ready to forget that who is responsible for creating all this mess, we are ready to forgive those who failed to save our children, schools, and everything. We can even forgive those who have contributed to the internal displacement of thousands of people. Yes we are ready for the consequence once more. But the only guarantee to all this forgiveness is to remove this evil of terrorism and extremism from our society. Creators of these evils should promise that they will not exploit their nation for their strategic purposes.

Author is a MBA student of Quaid-e-Azam University. He can be reached at naseeb.nbkakar@gmail.com

Published in The Balochistan Point on January 17, 2015