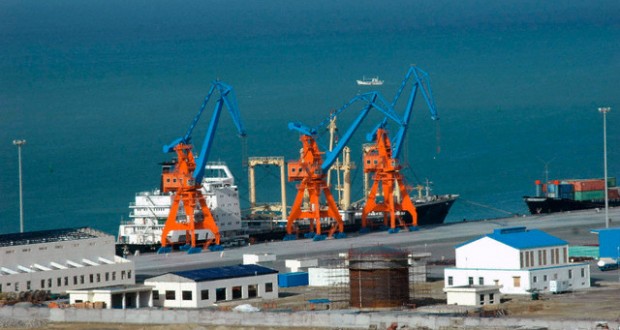 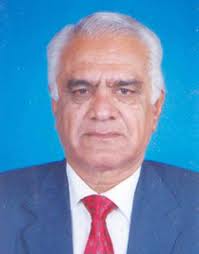 The national economy is in complete shambles. The rulers got an issue to pacify the broad masses that there is a turnaround in the shape of Gwadar Deep-Water Port.
Gwadar is raised as a hope for taking the country out of its economic mess and some people had started believing in such hollow slogans. Massive corruption, gas, electricity theft and tax evasion are the root causes of the sinking economy.
The fact is that Gwadar is ignored for the past eight years by the successive Governments and they provided mere lip service to the project.
Primarily, there was a conflict between the former Prime Minister Shaukat Aziz and President Musharraf.
Shaukat Aziz had handed over Gwadar Port to the Dubai Port Authority while President Musharraf vetoed his decision and handed over the port to the Singapore authorities. The reasons were kickbacks and corruption. They also planted their front men, all dubious charters, as local partners in the Gwadar port project.
In short, they did not handed over the port to the Chinese who built the port by offering soft loan on easy terms. It shows the dishonesty of the rulers at the tap and they were not sincere to complete the project in the first instance.
The Government or the former contractors Singapore Port Authority failed to invest a single penny in developing the port and making it operational for the past eight years.
The reason is that it had never been on the priority list of the Governments in power, including the present one. The present Government had shown non-seriousness when it raised a ‘political slogan’ Gwadar-Kunjrab Trade corridor which is not practical at least in the short term.
Pakistanis don’t believe in long term planning thus it is not possible for the present Government to complete the project first and later on make it operational.
On the ground, the main Coastal Highway is in shambles and it sizable portions washed away in last torrential rains and floods and the NHA failed to repair those damaged portions.
Regarding other projects related to connectivity of Gwadar with rest of Pakistan, Afghanistan or the Central Asian countries, there is zero progress. Again for the past six to seven years, NHA or the Federal Government did not invest a penny in building the roads to all directions linking Gwadar with rest of Pakistan and the region also. A port is without highways and railway line. A port in the outer space!
Over a period of time, the NHA was supposed to spend Rs 37 billions on various road projects in Balochistan, including highways linking Gwadar Port; the Government had spent merely Rs seven billions over a period of time. The rest of resources were transferred to Punjab, mainly in the constituency of the former Prime Minister. Voiceless Balochistan denied funds for its highways.
It indicated the seriousness of the Government in building roads and highways to connect Gwadar and now a day, the Government functionaries took the plea that law and order is very bad thus NHA will not construct the remaining parts of the Highways.
Why the NHA had not completed the projects earlier or before the law and order situation had deteriorated? There is no reply to this question. The officials responsible for building the highways are taking refuge behind the security establishment to justify the delay in completion of road projects in Balochistan.
Second major problem is that non availability of water for domestic use leaving aside the water for commercial or industrial use in Gwadar. The Ankara Kaur Dam Project had collapsed and failed due to inefficiency and in-competency of NESPAK that designed and supervised the construction of Dam.
The Dam had silted up in less than 20 years while it was designed for half a century. The contractors, in league with the corrupt engineers and architects of NESPAK, used defective and sub-standard pipes to supply water to the residents of Gwadar.
The Asian Development Bank financed the Ankara Kaur Dam project for supplying drinking water to the residents of Gwadar and its surrounding and not for the commercial ports or the future industrial plants.
To this date, the Government has no plans to augment water resources for such a huge deep-sea port meeting the commercial needs of the visiting cargo ships in future. Building major water supply scheme will take a decade if the Government tried to implement it from today.
The third issue is electricity.
For the past 15 years, the Iranians had offered electricity to the future port city of Gwadar from Jiki Gwar or Chah Bahar Port in the neighbourhood. There is a lukewarm response from the Pakistan Government and again the rulers are involved in mere lip service.
They did not build the necessary infrastructure to connect Gwadar with the Jiki Gwar Transmission line in Iranian Balochistan.
Iran had offer more than 10,000 MW electricity to Pakistan to meet all its current needs. The electricity is available right at the border or zero mile inside Iran. Since the transmission lines will pass through the Baloch Mainland, thus it is not acceptable.
Let the whole country plunges into complete darkness, the rulers will never buy electricity from Iran which benefits Balochistan and its people. That is why the Government is deliberately delaying the construction of power transmission lines from Jiki Gwar to Gwadar/Mand and Zahedan to Quetta.
How can you operate a huge deep water port with electricity and water?  (Courtesy: Daily Balochistan Express)

Republished In The Balohistan Point on August 3,2013