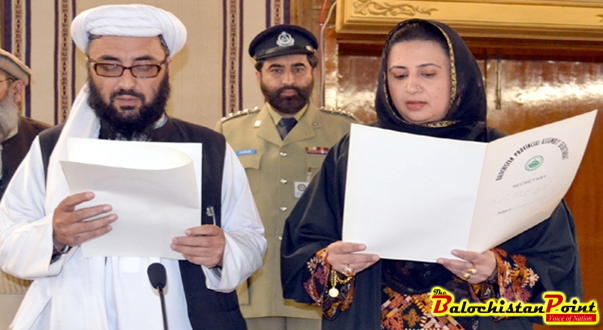 With her colorful traditional Balochi dress, (now a housewife) Amina Baloch is unwavering in purpose. Few years back, she was keenly aware of the expectations the women in her area had of her as their councilor in Neghey, 300 kilometers from the provincial capital of Quetta, a village in the district of Kuzdar.

Amina served as one of the ten lady councilors for five years and handled seven neighborhoods of her village after getting a reserved seat for women in the local government of Khuzdar because of the support of her male counterparts, resolve of her family and women supporters.

“All through those five years, I learned what it was to struggle. With the support, I received, came responsibilities. I knew the troubles and problems of women in my village, but I had no idea how to solve them.” Amina told The Balochistan Point.

Amina is not alone with her concern, lady councilors in almost every district of Balochistan and even the female Members of Provincial Assembly (MPAs) find the system peculiar as they step in the chaotic atmosphere of local or provincial politics. The actual problem begins from the first level of the democratic process; political awareness and then moves on to the electoral process.

“Once we made it to the local administrative body, we (the women councilors) were willing to work for our respective communities but I don’t remember any of us getting any project to work on,” recalled Amina, “We were a crucial part of the local body but our stance was missing. At times, the local government office felt suppressive for women with very limited opportunity to speak, work and learn,” she says.

In Balochistan women are still a minority in the political arena. Lack of political awareness and voters’ education, arguably are one of the most pressing issues faced by both; voters and candidates.

Even with women’s active participation in the recent years in the provincial assembly and an increasing interest in the local government to a certain degree, only 1.1% women in Balochistan are issued party tickets by political parties according to Gender Election Monitoring Mission report. 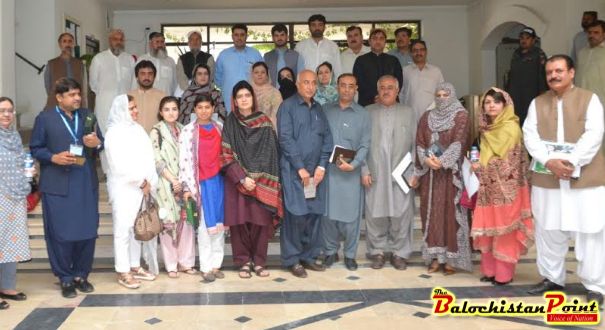 Group photo of women parliamentarians of Balochistan with male legislators.

Here, a somewhat controversial question can be raised: can restricting women make things easier in an already oppressive political system- as such how women were confined to homes in the past-then it becomes easier to see that perhaps we are living just in the beginning of the process. General elections of 2008 and 2013 reveal some comparable verdict.

According to statistics obtained from Gender Election Monitoring Mission report, in 2008 general elections, there were approximately 20 polling stations in Balochistan where not a single woman voted. In 2013 general elections 42% of the women in Balochistan were registered as voters while over a half of the women who could vote were not even registered.

Though Election Commission Pakistan (ECP) identified cultural, traditional and religious perceptions as the main reasons for barring women from casting votes, the ground realities present another side of the coin.

“Our cultural and religious values do not necessarily intervene with our political activities. In Balochistan instead of such restrictions, both men and women fear security issues. Balochistan has faced political instability during the last two general elections, that is one of the reasons for lesser turnouts,” says Huma Raisani an educationist and a political activist of National Party from Khuzdar.

“Now when the situations are somehow better, women participate in political campaigns and elections though they are still a minority in politics, but their presence can’t be denied. And if religion barred women in Balochistan from politics, JUI (Jamiat Ullama-a-Islam) and other religious political parties would never have such a large number of female activists and voters,” she further says.

The political model in Balochsitan either in the national or provincial politics or in the grassroots level often saw men dominating the major political positions and controlling women’s decisions to vote. 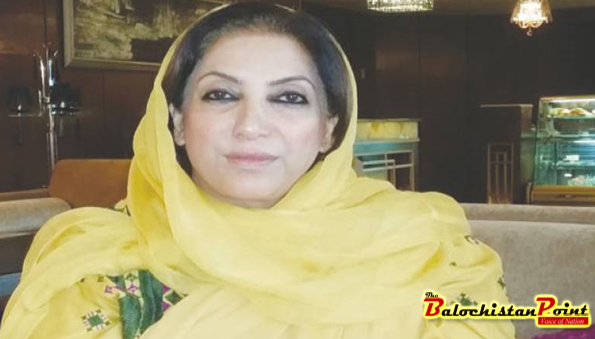 Talking to The Balochistan Point Rubina Irfan said: “Whether a woman can vote or rise as a political candidate strongly depends on her economic empowerment and family support, she can only make decisions for herself when she does not necessarily depend on others either financially or psychologically. In Balochistan, we can not expect a rapid change overnight for women, the way most Non-government organizations imagine it. With the awareness, they provide, there is need for practical change.”

“Generally in a suppressive environment where she is dictated what to do and what not to, she can not unleash her potentials. To rise as leaders and even as aware followers, our women yet have a long way to go,” she says and holds political parties accountable for only using the votes of women without giving female party workers mandates and making things better for women on ground.

However, Yasmin Baloch a sociologist from Panjgur says, “Social issues do exist but another problem for fewer votes from women folk is that, many of them simply never applied for citizenship because most of our women live in the far-flug areas. They do not possess Computerized National Identity Cards (CNICs) from National Database and Registration Authority (Nadra). Most of our women CNIC holders are women living in the towns where use of government services becomes essential and an ID card is the key to using these services.”

She further explains, “There are two other causes for women’s predicament in Balochistan’s political arena too. First, Balochistan was and somehow still is a rural society, and in the central and some parts of north dominated by tribes. This tribal society is patriarchal and unfortunately deeply underdeveloped. Secondly, while we have always had women activists and councilors in almost all parts of the province, they did not have the education and were unable to successfully enact reforms which is why things did not change much.” 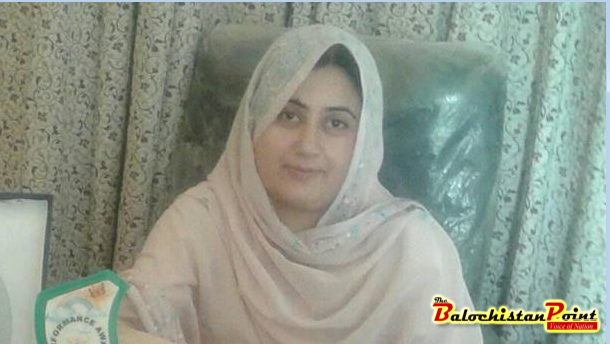 Huma Raisani, an educationist and a political activist of National Party from Khuzdar.

A member of Civil Society Balochistan from Turbat, told the Balochistan Point, “Apart from government, several Non-Government Organizations such as; SPO (Strengthening Participatory Organization) and FAFEN (Free and Fair Election Network) have been working in Balochistan to increase the number of voters.”

Meanwhile, lack of political awareness and voters’ education, arguably are one of the most pressing issues faced by voters as well as female politicians in Balochistan.

“Quantity is not the matter, we still have millions of women voters but what counts is; how many of them are aware who they are voting for and why and if women rise as councilors or provincial politicians, how many of them are truly ready to compete with their male counterparts. Although, it matters but it is not only about increasing the number of voters, in actual there is lack of voters’ education and political awareness,” says the member of Civil Society Balochistan.

“People wrongly assume that by only increasing women voters, we can achieve the target of political equality. While the government is trying to increase number of CNIC holders, SPO, FAFEN and other such organizations are trying to mobilize women in remote regions and aware them of their political rights,” he further added.

On the other hand, National Party activist Huma Raisani says, “The social and other barriers holding women back have started to dissolve with time but insatiable desire for political education and awareness are key to resolution.”