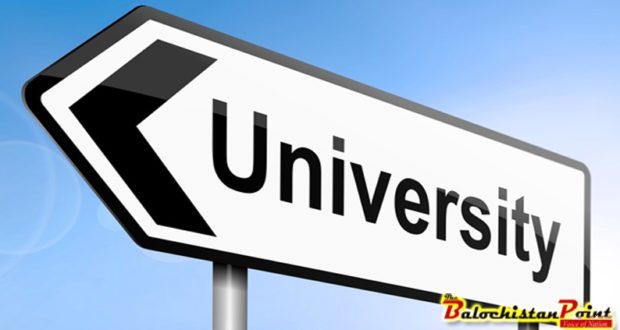 Universities play a tremendous role for the betterment of a country and assist the students to study about their cultural norms and recognize their own identity and other nations too. Whilst, universities are the main secrets of the successful countries, there is no such country which got developments without education. However, the education sector in Balochistan seems very bush-league and the largest province of Pakistan has only seven universities, among these most of them do not have enough professors and other necessary facilities for the students to acquire gilt-edged education.

Withal, Balochistan is the richest province of Pakistan still it has very less universities and other educational facilities. However, the education system of Balochistan is not showing an affirmative picture, for its education sector lacks standout opportunities even though every school is deprived of the fundamental facilities to be developed. Over and above, if we have a glance towards Punjab where one can find more than a hundreds of universities. It says how Baloch are being ignored by the federal government.

Additionally, universities are the places of creating educational culture and educated societies.  A society can be developed by the assistance of the mind-blowing environment of education and people can live with no economic problems and face the difficulties boldly.

On the other hand, In Balochistan mostly young people are deprived of ground-laying rights and the province lacks libraries, course books, lectures, building walls, and many more.

Balochistan’s Government ought to have its attention towards the education system of Balochistan; in order to provide the basic opportunities to the universities and students must gain knowledge without facing any troubles. Balochistan had better construct more universities where it’s needed more.

Munaj Gul is a regular contributor to Balochistan Point. He can be reached at munaj1gul@gmail.com

Published in The Balochistan Point on November 25, 2018