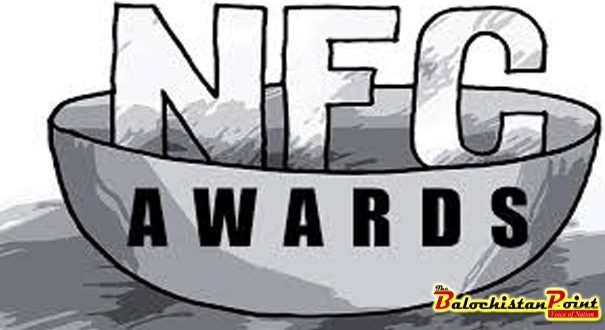 As Previous government has constituted the 9th National Finance Commission (NFC) award as for ascertaining of the 8th NFC award. It is time for the Pakistan Tehrik-i-Insaf government to deliver consequences of high claims and promises regarding Baluchistan. Dr Kaiser Bengali a renowned economist, from Balochistan is a technical member for NFC award as the former federal government declared but for the now, the Federal government is taking suggestions from provinces for new members in the 9th NFC award.

The government is on the way to announce the 9th National Finance Commission award for the provinces. Maybe this time Centre is not in a position to deliver additional share to the provinces which were constituted in the 18th amendment, because of low finance, resources and lofty expenditures wasted in former government.

The former interim government’s finance minister Dr. Shamshad Akhtar  also put forward to cut the shares of the province in 9th NFC award. In this proposal, Balochistan has declared this cut as a violation of the 1973 constitution.  Balochistan, a bereaved province for the long-term ringing a bell to his allied government for the maximum share of revenue for its development to meet the basic needs of the province.

In the fiscal year 2019 federal budget, it is annunciation that the provinces will receive Rs2.590 trillion from federal revenue. In which, Balochistan would be allocated with Rs233 billion. The cut of share for Balochistan, subsuming other provinces would be the infringement of their rights. All parties in the province of Balochistan defy the decision of Centre for the share’s cut in NFC award.

The entire trouble with the NFC award has risen after the FATA-KPK merger. The government has decided to increase 3 per cent in NFC award for Khyber-Pakhtunkhwa. The overall population of KPK has increased due to the FATA merger. Balochistan has completely opposed this decision and suggested the government to allocate percentage for NFC award in their own per cent.

The slower increase income but large development investment gap cannot be reduced anyway in Balochistan. The provincial budget estimates Rs 290.29 billion in 2918-19 as the net income and the province will receive Rs 243.17 billion from the Federal Divisible Pool (FDP) under the National Finance Commission (NFC) award. In accordance with the budget report of 2018-19 Rs90 billion for development and Rs263.90 billion for non-development sectors has been earmarked by the government. The distribution of NFC award for the Balochistan will be the hard-won consensus for the government. According to the share for backwardness, poverty and revenue collection of Balochistan must be taken at glance for distribution of 9th NFC award.

The writer is a regular contributor to The Balochistan Point.