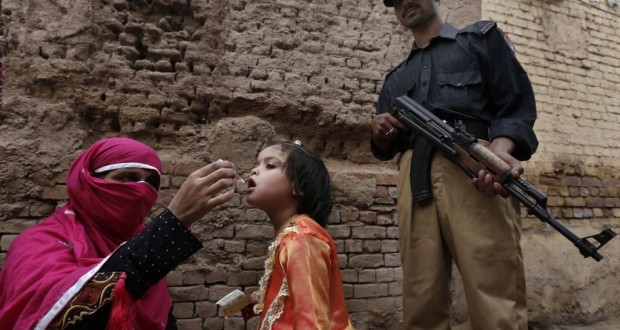 According to eyewitness accounts, the vehicle of polio campaigners was intercepted by miscreants in eastern bypass area of Quetta. Masked men opened fire on the vehicle indiscriminately.

According to the account of a survivor, government had not provided any security to the polio team. “A Policeman was standing at a little distance from our vehicle when it was attacked. We called him for help but he remained indifferent,” said a wounded female worker who is hospitalized in Sandeman Provincial hospital.

In order to absolve themselves of the blame, Police officials in Quetta claimed that the polio workers started their campaign without waiting for security escorts.

Customary condemnations aside, Balochistan government has utterly failed in protecting lives of civilians in Balochistan, lamented members of civil society.

Published in The Balochistan Point on November 26, 2014