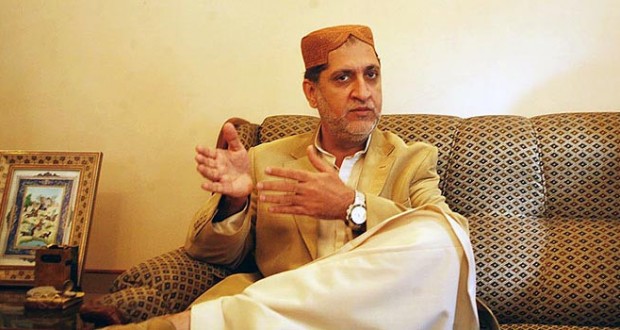 Only Places Developing In Balochistan Are Graveyards: Akhtar Mengal

Quetta: Sardar Akhtar Mengal, Chief of Balochistan National Party (BNP) has said that during the reign of current government in Balochistan, only places that are developing are graveyards.

Mr. Mengal termed the rifts in Balochistan government a result of conflicts on funds and right to corruption and rejected the notion that the differences are ideological.

Akhtar Mengal in his statement continued that the attitude of establishment about Balochistan has not changed and the enforced disappearances are continuing in the form of extra judicial arrests.

BNP chief also criticized Prime Minister Nawaz Sharif for backtracking on his promises about Balochistan. “Nawaz Sharif promised that when he will come to power he will support us on 6 points, but now he has forgotten everything,” Complained Akhtar Mengal.

Published in The Balochistan Point on November 26, 2014