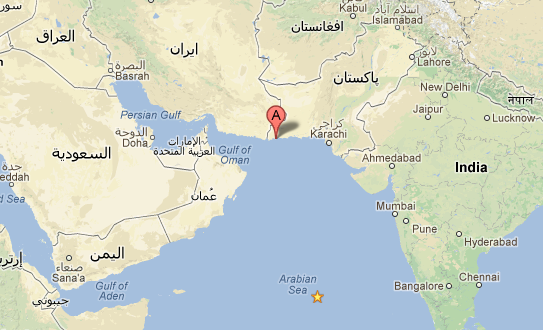 Russia has always desired to rule the world just as Germany and Britain. During the Cold War era, the world was bi-polar. The superpowers were America and USSR. The proxy wars such as Vietnam and Afghanistan and other related events showed that the world countries wanted to be uni-polar. Both countries had obtained nuclear power and an arms race was created between the two countries for the aim of one to overpower the other and the world to become uni-polar. USSR planned to rule the world by capturing the Indian Ocean region through Afghanistan but USSR was torn apart before that goal could be achieved.

Many previous USSR states are under influence of the Russian government because of their historical ties. Russia has maintained good economic and political relations with these states and intends to hold onto this influence for as long as possible. The oil and gas pipeline of Central Asian Republics (CARs) passes through Russian soil to the Black Sea. This fact also plays a role in Russian influence over many states. Availability of oil and gas through another source such as Afghanistan or Pakistan will take away a portion of that influence; hence Russia is not in favor of such plans. If Afghanistan remains unstable, no oil and gas pipeline plans can be executed and CARs cannot opt for the shortest and economically most beneficial routes and Russia will remain content.

The Black Sea region is supported by Russia for trade and tariff to the surrounding states while the Caspian Sea region is supported by the United States for trade and tariff. These two trading points are in competition with one another, causing many conflicts. These conflicts have resulted in economic-political rivalry between Russia, United States and China.

Ever since the prospects of the establishment of a port at Gwadar have been introduced, Russia had intents to rule this beneficial location. For this purpose Russia invaded Afghanistan during the Cold War. Russia could not control the region, hence through this move the competing state would be rendered unstable. This attempt to make an unstable Pakistan also proved unsuccessful and the Iran-Pakistan-India gas pipeline project was arranged. If this project is successful, then Pakistan will have good ties with CARs and Russia will not approve. Russia’s national company Gazprom will be in direct competition with Pakistan’s Gwadar port but Russia’s Gazprom has agreed to invest in the Iran-Pakistan-India gas pipeline project.

According to the geopolitical position of Gwadar Port, the state which will govern Gwadar Port will govern the world. That is why Russia is still working to gain control over the Indian Ocean region. Russia wants to gain more power than the superpower America and tear it apart just as America tore Russia apart. The country which will control the flow of shipments of Gwadar port will reap the benefits and will gain economic advantage. The country ruling Gwadar will rule the world and America does not want that country to be any rival country, especially Russia. Unfortunately for Russia, China has a huge portion of control over Gwadar Port and does not intend on sharing that control.

Author is a lecturer in International Islamic University Islamabad

Published in The Balochistan Point on November 27, 2014