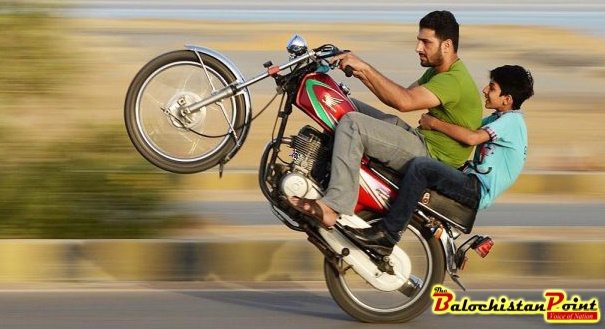 Bike Wheeling : A dangerous and deadly act to life

No doubt the children are known as the foremost important resource to guardians. The guardians crave to see their children on beat in each field. They center more on their instruction. They provide each and every facility, according to their need. But the culture and environment have its claim affect on adolescents.

The youths aged 16-20 are being more delicate in case of doing something uncommon stunts. It distracts them by thinking pessimistically and doing such, they think are right. The adolescents have their own rough hobbies that not solely endangers their life, however additionally place a negative impact on their folks life.

As one wheeling is on excessive rise, the government must ordered the Traffic police to have a severe eye on the one wheelers. Legal action should be taken against them. They should strictly kep  an eagle eye on them at day and also at night even though with slight traffic. Many bike wheelers have competitions with each other at night which really causes real damage.

I have seen in numerous regions in Quetta that the youthful blood have a awful propensity of Biking Wheeling and bike racing, which may be a perilous and dangerous amusement permitting them tickets to the grave. The  handful  of adolescents has misplaced their life in such awful occasions by satisfying their crave require as it were.

No any administrative and political move has been made as In Hanna Urak and Daskt regions of Quetta City, The session of death has been played each Friday and so often on Sundays. Several have lost their dear ones in this revile so far and cannot ceased yet.

If the game of death is not stopped soon, its fire almost wrapped all the youth into it which will cost us roughly in near future, to anticipate such offense it is truly vital to ban such bike wheelers and one-wheelers.

Published in The Balochistan Point on May 30, 2018