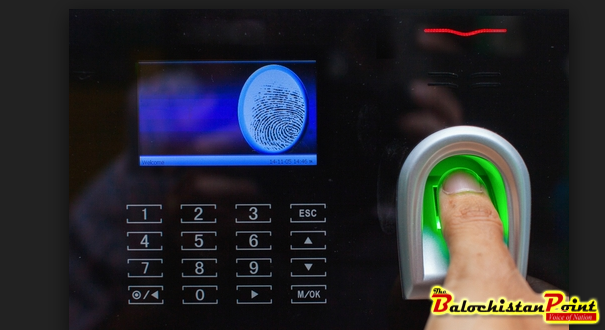 Bio metric Attendance System for schools and colleges in Balochistan

As absenteeism is the common practices in the public sector schools and colleges of Balochistan which have adversely paralyzed the education system.

The recent sudden visits paid by the Deputy Commissioner, Sohail Ur Rehman to the different Tehsils of the district Khuzdar prove the fact that the teaching staff derogate from their responsibilities and do not pay heed to their profession sincerely and draw salaries by sitting at their homes.

DC khuzdar during his surprise visits discovered many ghost schools and ordered for immediate action; he also found a large number of ghost teachers and employees, following his visit he suspended many ghost teachers.
Such facts clearly portray the failure and apathy of education department and its concerned authorities.

Optimistically, it can be said that the bio-metric verification system would help segregate the education department genuine employees from the ghost employees and also expose the ghost teachers including those serving in other departments too.

The Chief Minister Balochistan announced education emergency but this announcement has brought no any change and improvement in the education sector of Balochistan.

The government of Balochistan should install biometric attendance system in all schools and colleges of Balochistan which will yield very positive results in the future.

Published in The Balochistan Point on August 3, 2017