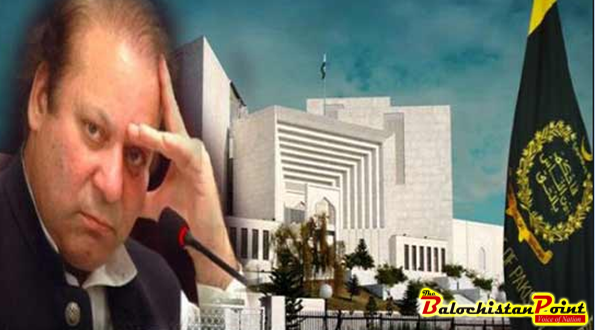 Celebration of the masses over the disqualification of an elected prime minister is out of my understanding. It is not the defeat of Nawaz Sharif and victory of Nation rather it is the defeat of Democracy and triumph of establishment and Imran khan is seems to be puppet of some hidden elements right from the very start of stage-in staged by him.

Disqualification of a single person does not implies that now country is purged from the menace of corruption. If Imran khan is so interested in the elimination of corruption from the society, he ought to take action against the state apparatus which robbed and looted the state for more than half of the life of its independence. From top to bottom every office, department and institution tells the long tales of corruption. Nobody has taken any action against them but just Nawaz Sharif.

It was less a corruption case and more a duel between Imran khan and Nawaz Sharif, in which the former won and the later lost the fight. Some argue that premiers and presidents of other states who were involved in the panama resigned, why not him? It is a simple answer that first thing they themselves got resignation, they were not forced, which shows their democratic spirit. Second thing these states do not have establishment supremacy and two states within a single state. Third in these states each and every decision is taken upon the principles of democracy. Don’t be selective in your approach then we have to compare whole structure not just the one point which suits you.

Amusement of the masses over the dismissal of premier is like if the country is put on the track of democracy, progress and prosperity rather further weaken the democracy and strengthen the role of non-political forces. Some questions should be asked from those who are making a lot of fuss regarding the prime minister disqualification. Whether this disqualification puts an end to the corruption in the country? Whether his dismissal will put an end to sectarian conflicts between Shia and Sunni? Whether his discharge debar target killings, bomb blasts, honor killing, elite protocol, rape etc? Whether Nawaz Sharif firing from the premiership will prevent the hardcore fundamentalists from taking the lives of the innocent people like Mashal Khan over alleged blasphemy and fanatics of JI will abstain from their hooliganism in the universities campuses?  Definitely the answer will be a big NO, then why so much celebration?

Those who are praising Supreme Court verdict, must study the history and the historical role it had played in strengthening of praetorian-mandarin nexus over political and democratic principles, putting the later on the side and empowering the former to rule the state through the sources like Doctrine of Necessity. What role did the same court play in Hamod-ur-Rahaman commission, Abbottabad commission and Quetta commission? There is huge hush on all those commissions, why the court has not taken any action? Recent decision is not less than a judicial coup over civilian authority.

Published in The Balochistan Point on August 1, 2017

Disclaimer: The views expressed in this article are those of the author and The Balochistan Point does not necessarily agree with them.
Comments

2017-08-02
admin
Previous: Prosthetic but new life for victims of war and disabilities
Next: Bio metric Attendance System for schools and colleges in Balochistan